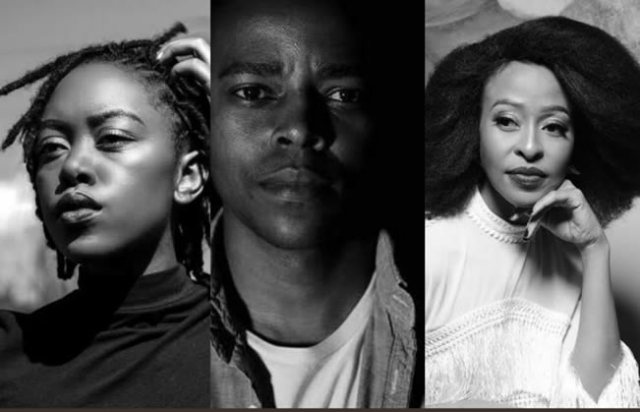 Part 2 of Podcast And Chill with Mac G saw TV heartthrob Loyiso Macdonald, delve deep into his personal life again, and leaving no stone unturned to spill the tea on some of his life’s fascinating topics.

An intriguing conversation ensued between the two, where Loyiso opened up about being an atheist, how he broke his virg!nity, and setting the records straight on rumours that he cheated on his ex-wife with TV actress Zandile Msutwana.

Not one to shy away from speaking about some of his deepest most personal issues, the TV star left fans on the edge of their collective seats, when he spoke about how he broke his v!rginity just after matric. He said it with a girl he was in a relationship with for some time.

When asked about how his s.e.xual harassment ordeal did not turn him into a monster, the actor said, despite being a victim of abuse one has to take responsibility to deal with it and become a better person.

“A person has to take responsibility for their actions, you gotta decide what your reaction is going to be in life you cannot control what happens to you generally, you lose your job, COVID, virginity but you can control how you respond to the situation. I’m a firm believer and it has to start with the person taking responsibility for themselves and say I need to come to grips with whatever is going through in my life and I need to take the necessary steps to do that,” he said.

Loyiso said people need to seek help to deal with their ordeals. He said what helped him in his healing process, was speaking to his family about everything.

The actor also spoke about why does not believe in the existence of a god, in his response to Mac G who asked him why he is an atheist Loyiso said.

“Simply because I’m not convinced that it is true and when people ask you do you believe in God my first question is which one? Because I wanna have that conversation and I want to understand because yes I have been surrounded by Christianity my whole life and I was never really convinced with it. Maybe as a child when you buy into the Noah”s Ark, I think we all knew that story when growing up, but there is a reason why they teach it to kids because your critical thinking faculties are not there yet, you cannot think for yourself, you can’t ask the questions.”

The actor said he started being an atheist in high school and said in order for him to believe in something, it needs to be demonstrated. He said a lot of the times we are being told to do things, even though we do not believe in them.

When asked about what his take on ancestors he said “I don’t say that it is not true, I don’t say it can’t happen or it’s impossible but from what I know is that death is the end from what we have been shown, nobody has come from the dead to tell us about the journey they went on like “I remember my head being chopped off” unless you are Bushiri and nobody believes him, some people do unfortunately because they haven’t learned to think for themselves and I don’t have a problem with the belief if it does for you as a human being that is cool, but you should know that that is a completely subjective way of looking at it”

The TV star hogged the headlines a few years back after tabloids reported that he allegedly cheated on his wife Luphiwo, with fellow The Queen star Zandile Msutwana, but the actor has poured cold water onto the claims.

“It was fake news, it was b*llshit, people will always have something to say about anything that would get them clicks to sell their articles or their newspapers. I remember a Journalist very drunk at an event one night literally telling me that dude no hard feelings but, if we write something about you just understand if we cannot find something we will make up something”

Loyiso also spoke about how he met his ex-wife. He said she decided to shoot her shot on him on Facebook before he bagged his role on Isidingo. The two recently broke up after being married for a few years. The actor said he got hitched when he was 24 and he still wanted to discover himself more and figure out many things in life.