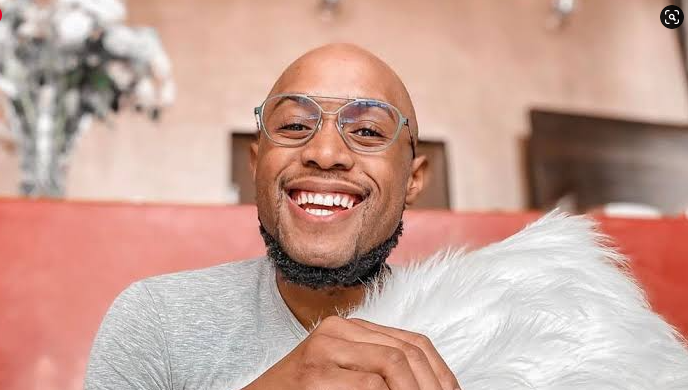 Actor and Businessman Mohale Motaung recently made an appearance on Mzansi Magic’s popular telenovela Rockville. He plays the role of Zamani on the show.

Zamani is Sipho’s (played by comedian Trevor Gumbi) boyfriend.
Sharing the exciting news on his Instagram, Mohale said he enjoyed working with the likes of Gail Mabalane, Trevor Gumbi, and Wizeman Zitha just to mention a few. He also thanked the Fergusons for the opportunity.

“Meet Zamani made a young appearance on #RockVille5 this past Sunday, and the plot has definitely thickened. Adonis is definitely not happy with me and Sipho is definitely up to no good! Ei, Umjolo. Really enjoyed working amongst the greatest, @gail_mabalane @trevorgumbi @wisemanzither @tarinapatel. Thank you, @connie_ferguson @ferguson_films @sediimatsunyane. Catch #RockVille5 this coming Sunday at 8 PM on @mzansimagic,” he wrote.

Fans and Industry Colleagues took to the comments section to congratulate the star.

Here are some reactions from Twitter and Instagram.
@orasparkpops responded: “tsotsi is in trouble I hope you staying for a long time you very good my brother the drama is on we needed new faces on our screens.”

“Mohale is within. Somgaga open all the doors for him and sadly he can’t shut them……..I mean who knew Mohale b4 Somizi…#RockVille5.”

Mohale is within. Somgaga open all the doors for him and sadly he cant shut them……..I mean who knew Mohale b4 Somizi…🤓🤓🤓🤓#RockVille5 pic.twitter.com/TK6qrw5N6a

“So we just gonna ignore the fact that we saw Mohale and Tarina in this episode? People that we didn’t know could act?”

So we just gonna ignore the fact that we saw Mohale and Tarina in this episode? People that we didn't know could act?😩💕 #RockVille5

Mohale has been receiving a lot of online bullying following rumors around his marriage with TV and radio personality Somizi Mhlongo. Tweeps have gone as far as faking Mohale and Somizi tweets.

He recently took to Twitter to address social media bullies. He posted a video of Bonang Matheba during her interview with Snazo and Samora on SABC1’s Real Goboza.

Mohale has also rubbished rumors that his marriage is on rocks during an interview on Power FM. He said he and his husband are fine: “Me and my husband Somizi Mhlongo Motaung, hmmm, We are fine, we are okay,” he said.