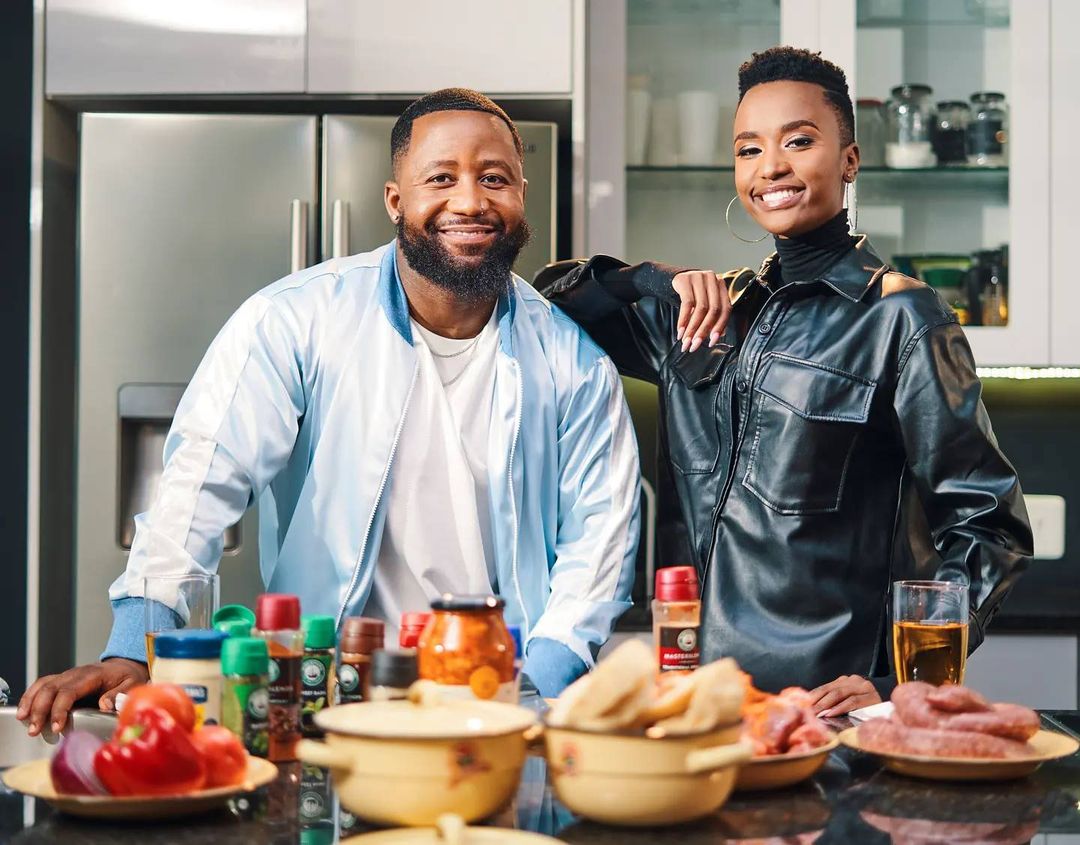 The Braai Show has been on everyone’s lips since it premiered. The first season of the show in 2020 was hosted by award-winning rapper AKA, and it was a huge success. Recently, it got renewed for a second season which is now hosted by his sworn enemy Cassper Nyovest but the viewership has dropped.

Cassper hosts prominent celebrities and faces on his Braai Show With Cass to provide viewers with a unique glimpse into the intriguing personalities’ lives. Together, they enjoy good food and good company.

According to entertainment blogger Phil Mphela, the show isn’t able to match its 2.2 million debut ratings since its premiere. This means that Cassper has not been able to raise the standard high like AKA did.

When AKA presented the show he racked in more than 2.8 million viewers but Cassper has pulled in average numbers.

Tweeps have reacted to the show decline in viewership and they are not impressed.

@umalambane_zn “If we being honest Casspers personality isn’t entertaining, they probably forgot to put that into the picture. AKA’s energy is just entertaining even when he’s being rude and arrogant. Cassper deserves something like Khumbulekhaya cos he’s most good at drawing pity and sorrow.

@Mukanya0101 “#TheBraaiShowWithCass they were showing off with the new logo , new set, new host- made us all feel like our support for the show in its first season didn’t matter – they were going to show us how to get real big ‘numbers’ and didn’t care about the mourning guy
God was like.”

@Mukanya0101 “They wrestled the braaishow out of AKA’s control while he was at his lowest and , to further break him down, were going to rub it in his face after ‘achieving record viewership numbers with the numbers man.’God said, ‘not on my watch.’

Just over 2.2-million on September 8th was the most watched episode for the whole month, meaning subsequent episodes pulled lower viewers.

The new season is yet to beat season one’s 2.8-million peak. #KgopoloReports pic.twitter.com/o0R7LWIZWe

@GomolemoLesabe “They only thing you will celebrate as an AKA fan is the Braai Show numbers being down ..otherwise its curtains with everything else

AKA, Makhaducom Media and Cake Media were recently involved in a legal battle over AKA’s exclusion from the second season. The rapper claimed he owns 50% of the show. He tried to stop it from airing but he did not succeed. He released a statement sating:

“By now as you are aware, The Braai Show goes to air tonight on SABC 1. This matter for me has always been about business principles and asserting my legal rights to my intellectual property and a binding contractual clause that clearly states that myself and MakhuduCom are equal partners to the Braai Show.

“When I took a personal decision on May 13, to step back from public engagements and day to day business, to heal. I personally engaged all my business partners, advising of this and my continued commitment to these partnerships. Never did I foresee a partnership with such personal connections and affiliations would be one to betray me like this.” Partly read the statement.