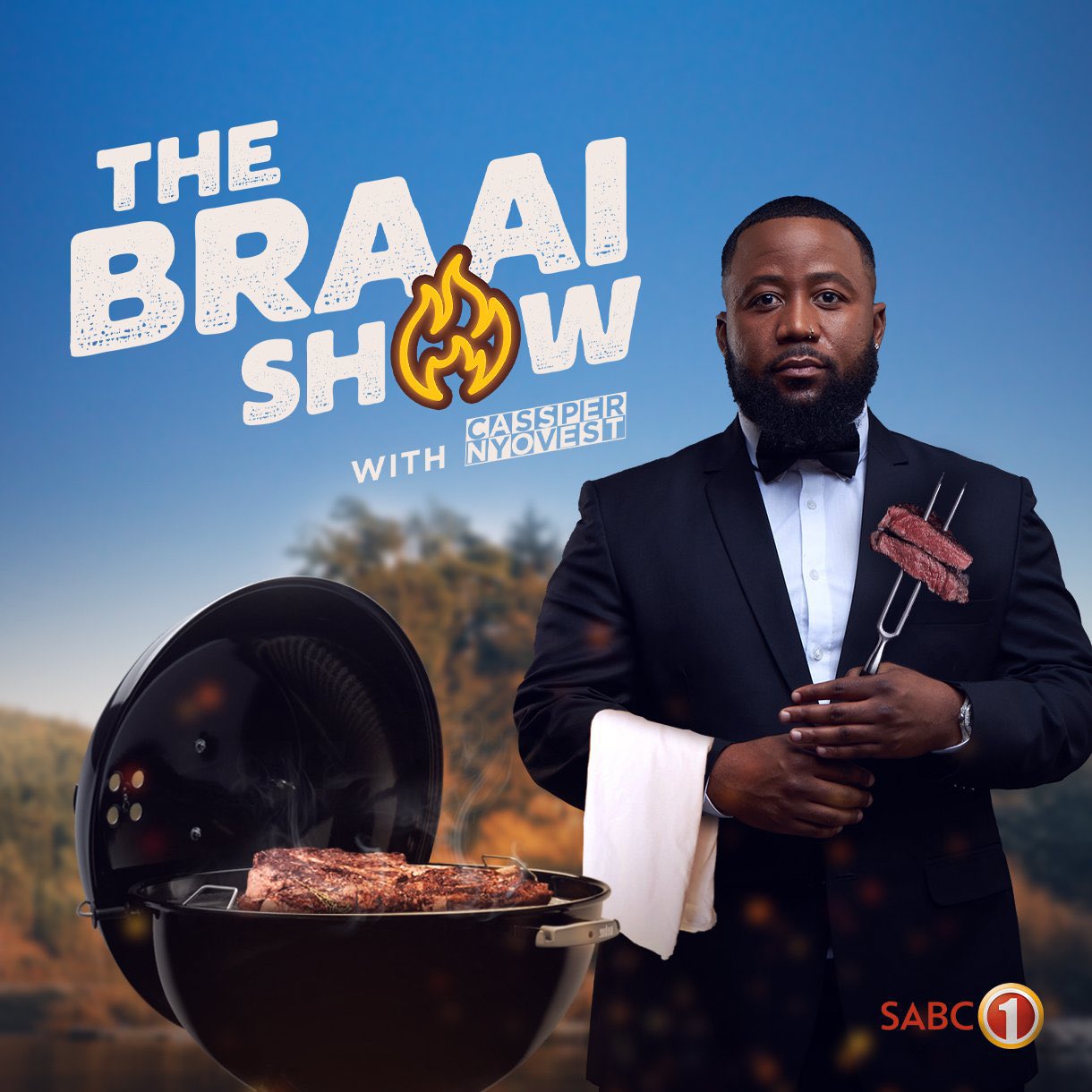 The Braai Show With Cassper Nyovest premiered on Wednesday, 8 September, and viewers though the rapper, who is currently living it up in the UK, did an exceptional job. Despite all efforts to have the show not premier on SABC 1, it did and 2.2 million people tuned in to watch Cassper fire up the grill.

According to entertainment commentator Phil Mphela, the second season of the popular braai show which is hosted by Cassper Nyovest pulled in average numbers, compared to when AKA hosted it.

The very first episode for season 1 amassed 2.88 million viewers, but Cassper lost about 600K viewers, and only kept 2.2 million.

“I thought you said it would do better numbers,” were some of the comments from tweeps who thought more people would tune in to watch Cassper’s show.

Being the one who knows more about the industry and what standard numbers mean, Phil corrected those who said the show flopped. He said 2 million views for SABC 1 is not bad, in fact it’s decent, “It do not flop. For SABC1 right now, 2.2-million is decent. Of course, over 3 million would have been great but the show pulled a good enough number relative to the current audience pull for the channel.”

The new season of #TheBraaiShow made its debut with over 2.2-million viewers on Wednesday Sept 8th 2021.

That’s 600k less viewers than what Season 1 pulled — which was 2,88-million on November 1st 2020. #KgopoloReports pic.twitter.com/qkJpvZJstv

On the season premier was former miss universe Zozibini Tunzi, who shared an undeniable chemistry with Cassper. People almost got fooled into believing that they are an item.

Zozi spoke about numerous things including her reign as miss universe and denied all allegations that they are not allowed to date. She also spoke about how there was always competition at home on who was prettiest. “It was kind of like a conscious decision. When we speak about a celebration of the different types of beauties. But then I thought, why change my hair if I’m going to do a beauty competition? Listen there was always a debate at home about who the prettiest person is. But now we know,” she expressed.

We are hopeful that Cassper will pull better numbers as the episodes progress. Upcoming celebs include Makhadzi, iconic actor Presley and Somizi.

Mocking Cassper’s numbers was Prince Kaybee who came to his friends defense and said the numbers did not live up to the hype.

AKA as disappointed as he was and tried to stop the show from airing, he wished Cassper all the best in presenting the show. Despite being the one who pulled in better numbers.