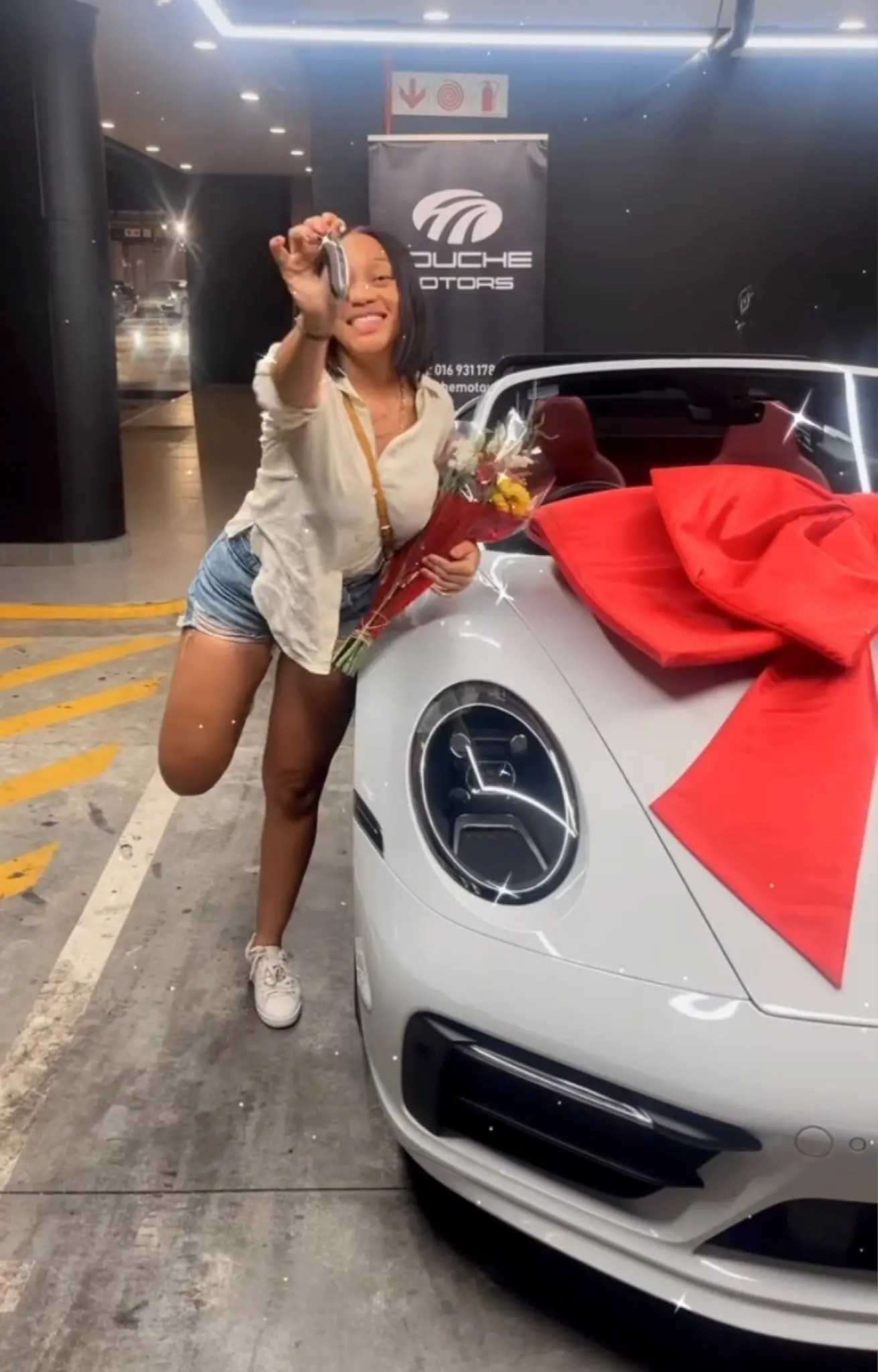 Thando Thabethe is one of the most hard-working women in the entertainment industry. Over the years, we have watched her grow in her hustle and career, and she works hard and plays hard too.

Thando Thabethe took to Instagram to show off her new car. She went and bought herself a Porsche. In the videos she posted on Instagram, she could be seen posing beside her car and showing off the car keys. Many of her fans and fellow celebrities congratulated her on her purchase. 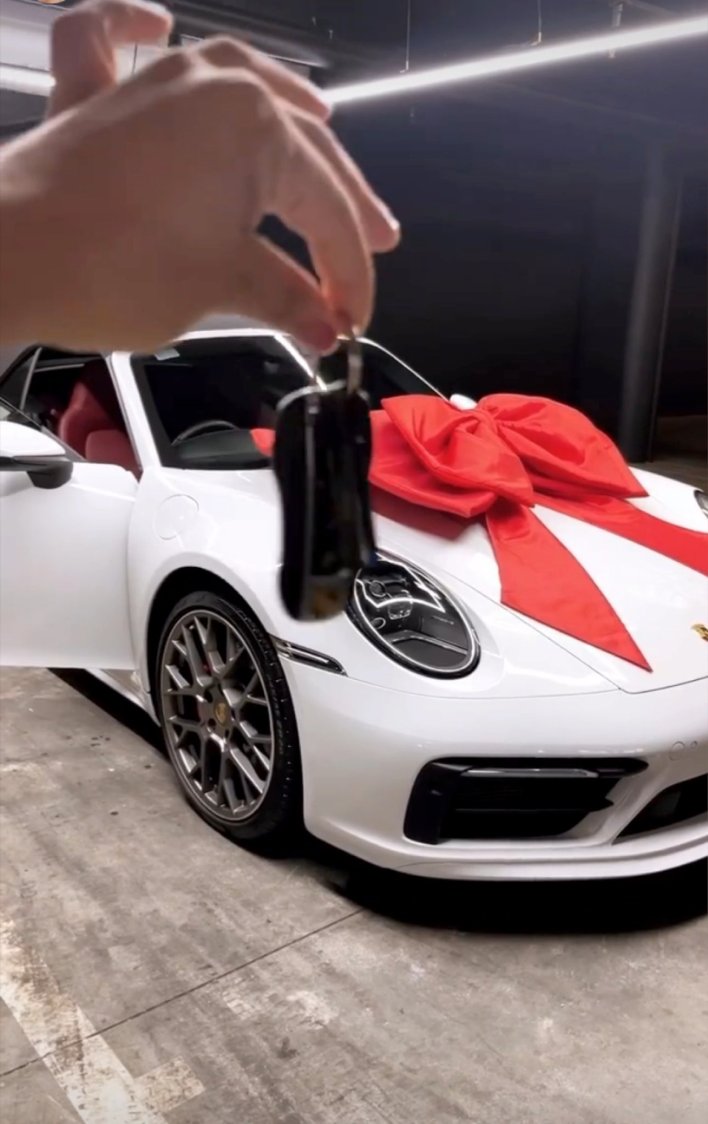 The actress revealed on Twitter last year that she wants a Porsche and a 2020 Mercedes Benz G63. Many people thought that she was reaching too high, but the actress has proved that no dream is too small, and she has bought one of her dream cars only a year and three months later. 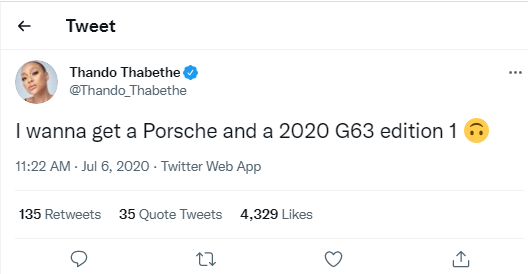 A few celebrities in Mzansi own a Porsche, and that list includes DJ Sumbody, who is Ayepyep co-founder. As for the Mercedes Benz, it’s owned by Bonang Matheba, Somizi Mhlongo, Prince Kaybee and Dj Shimza, but we know that that’s the next purchase on her list now that she is busy ticking the items on her bucket list.

The 31-year-old actress.TV personality and Radio DJ has been in the industry for over ten years now. She started her career at UJFM as a radio DJ when she was in her final year at University. From there onwards, she grew her brand and tapped into her versatility. Her first debut in the Television industry was Thando Nosi in the comedy sitcom, My Perfect Family.

On radio, she hosted her show called the Thando Thabooty Drive. In 2018, she aired the first episode of her Television show called Thando Bares All on TLC. She has hosted the South African Music Awards together with Somizi and hosted the SAFTAS the following year.

Apart from all the movies and drama series that she has landed roles in, Thando also doubles up as a businesswoman. She owns her lingerie shop called Thabooty’s. The shop sells lingerie and sleepwear that are comfortable for every woman of every shape and size. She says the goal of her brand is to make every woman feel s,e.xy in her skin. The lingerie shop is now four years old, and business is booming more than ever.

Because of her success, Thando Thabethe was named one of the Forbes Africa 30 under 30. Her hard work is being recognized worldwide. Her current boyfriend, Lunga Shabalala, is very supportive of her too.