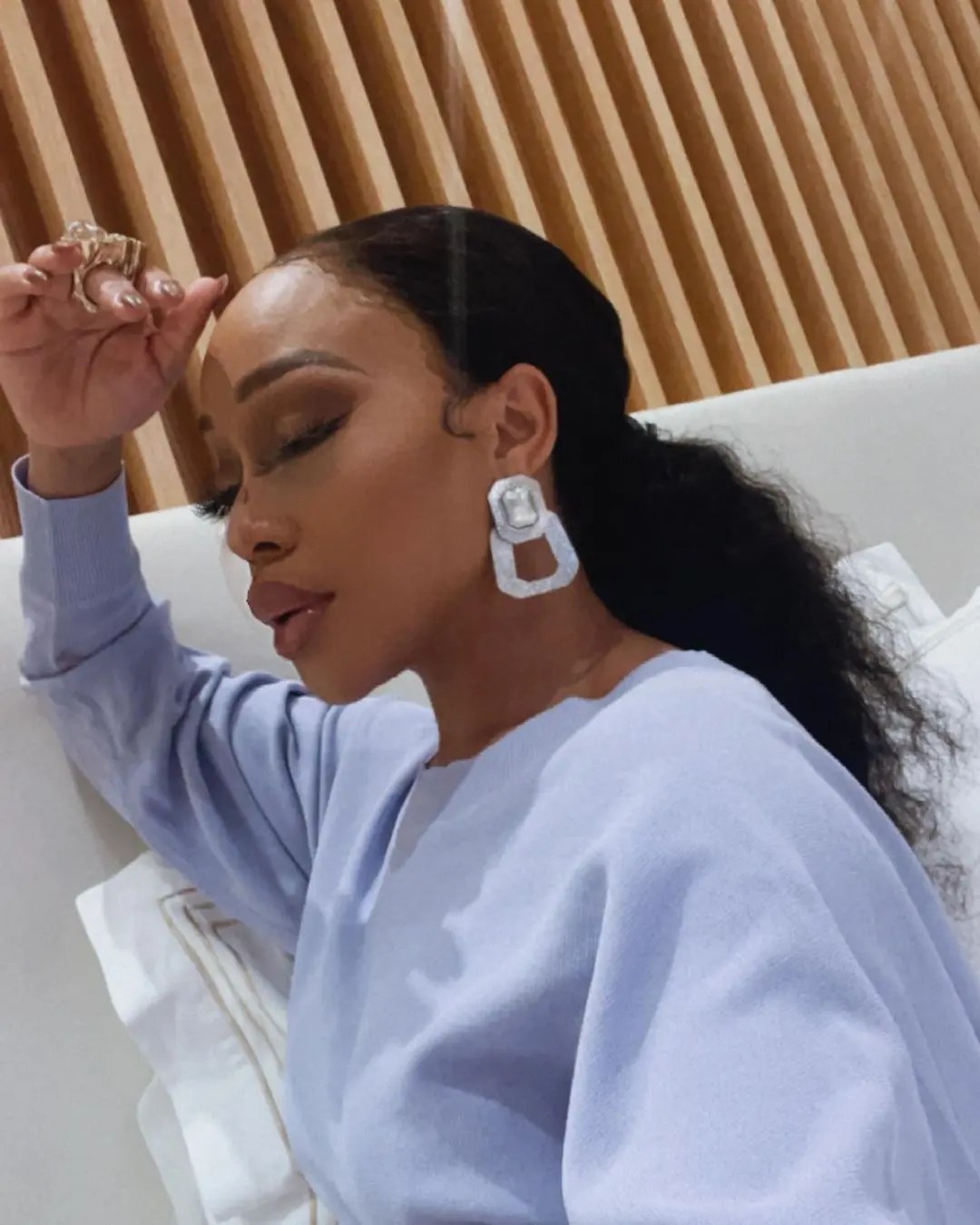 Actress and radio DJ Thando Thabethe, took to her Instagram stories yesterday to reveal that she was recently involved in a freak accident.

She said she needed to train but accidentally broke her toe. “So I had a freak accident last night. I broke my toe. Who breaks their toe? I needed to train, now my toe is purple,” she said. Thando posted a series of stories where she was receiving some medical attention and her bae Lunga Shabalala was by her side. In one of the stories Lunga can be seen helping her to wear her moon boot.

Another celeb who was recently involved in a car accident is Anele Mdoda. The radio host sustained minor injuries after being struck by a car whilst waiting for her boyfriend to pick her up at the airport.

A car hit her as she was waiting in the drop-off zone and threw her to the ground, but fortunately she was not seriously injured. At first she thought she was getting mugged but when she turned she realized that she was involved in a car accident.

She posted a picture of her wearing a moon boot and said she will tell the full story on her radio show” What a bloody long day !!!! You won’t believe what happened to me resulting in this moon boot. It’s the most bizarre thing to happen as it was happening I was in disbelief. Anyway I will tell the story 7:10 on Monday on @947joburg it’s too long of a tale to tell here but madness was the order of the day. I am fine but I was a little sad shame. I had a cry or two.” 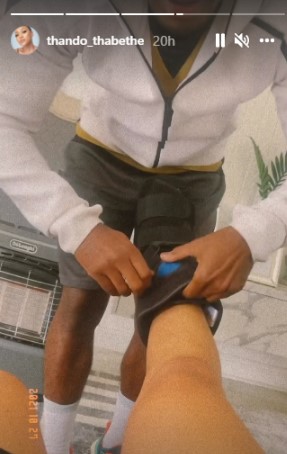 Daily Sun quoted her detailing what happened during the accident, “I am, waiting to get picked up [by my boyfriend] and now I’m standing where everyone is standing, waiting to get picked up. The next thing, I feel the biggest pressure forcing me to the ground. It is the most bizarre feeling, so I think ‘oh I’m getting mugged’, so I turn to grab whoever is mugging me,”

Anele said she was saved by Cassper’s sneakers. ““I called him yesterday and told him to listen to the show today. It’s got quite a sole, and that’s why the car couldn’t climb onto it. The shoe is that strong,” she said.