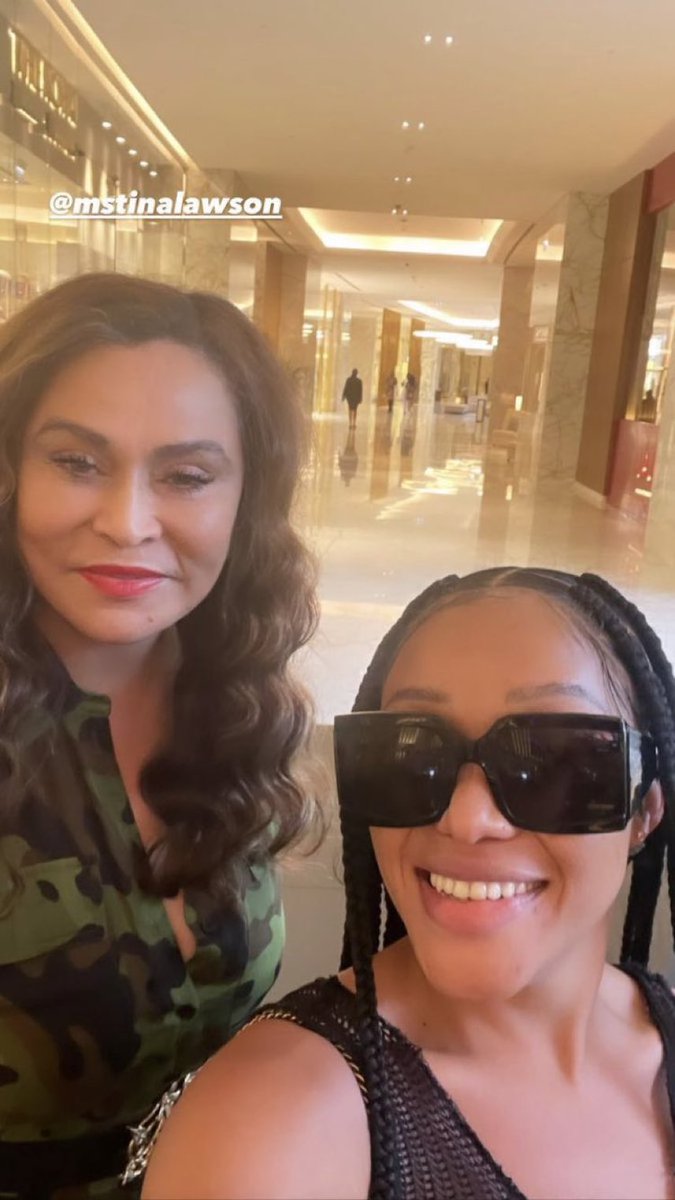 Thando Thabethe’s dreams of seeing Beyonce in Dubai was surpassed after she rubbed shoulders with the singer’s mom Tina Lawson. The South African TV and radio personality has spent the past few days in the famous city as a guest of the singer.

Beyonce invited a small group of Influencers and celebrities from around the world for an all-expenses-paid trip to Dubai as part of a promotional tour.

Guests – including Thando Thabethe and a gal pal – stayed at the newly launched five-star hotel Atlantis Royal.
Posting up a storm on Instagram and Twitter, Thando Thabete gave her followers a glimpse of her VIP weekend, courtesy of Beyonce.

The trip was filled with plenty of luxury foods, including champagne and caviar on tap. Squeezing in a stop at Nobu Dubai, Thando also wined and dined with the whose who of the entertainment scene
Then came Beyonce’s star performance at Atlantis Royal on Saturday night, which featured plenty of dancing, loud music and a stunning fireworks display.

Playing with other kids 🥰 pic.twitter.com/HIkFZcb44X

Joining Thando in Dubai were fellow celebs DJ Zinhle and Andile Mpisane, who performed at the House of Yanos party at the Ramee Dream Hotel on Saturday night.