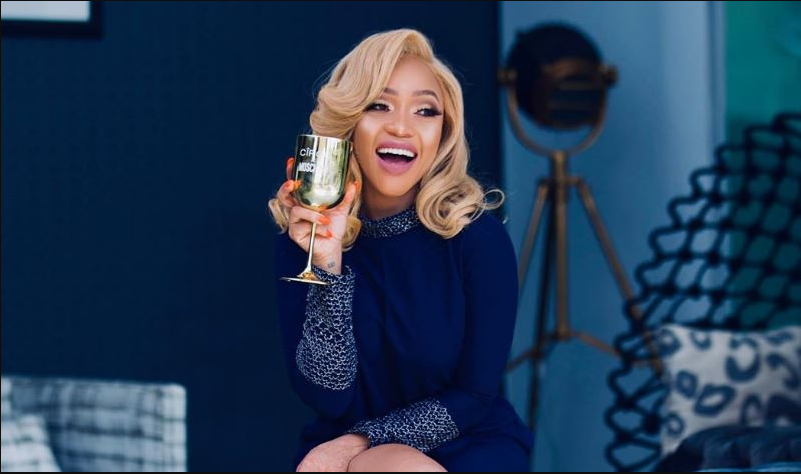 Former 5FM radio host, Thando Thabethe has joined a long list of ZAlebs such as Kenneth Nkosi, Nokuthula Ledwaba, Nandi Nyembe, Hamilton Dlamini, Desmond Dube, and Kim Engelbrecht who will star in Fremantle’s eight-part, investigative crime drama. The show is titled Reyka, shot in KZN and will premiere on Mnet(Channel 101) from July 2021.
The show centres on Engelbrecht’s character, Reyka Gama who is a criminal profiler and was abducted by a farmer as a child.

The show which is a co-production between South Africa and the UK, filmed in Mzansi and will be showcased worldwide and also stars Game of Thrones British actor, Ianin Glen.
Fans got to know Engelbrecht from her portrayal of Lolly in SABC 3’s Isidingo and have loved her since. She’s also acted in The Flash and Dominion!

This crime drama series promises to elevate her acting skills as she will be entering the minds of Africa’s most notorious criminals, and exposing all their hidden agenda, lies and secrets.
Tweeps are also excited to see Hamilton Dlamini who has never disappointed fans in any role. Dlamini is notorious for his villainous, dark roles on Bomb Production’s cancelled shows, Isibaya and Isithembiso.
These are some of the reactions from fans over the news:
“Desmond Dube is still an actor?”
“Haibo you being serious?”
“Wow, this is exciting Yazi KZN it becoming a spot for production which is great. Hamilton found work. He’ll always be Banzi to me with that hoarse voice pleading with his mama Lillian Dube.”
“I love all three. Yeah for Desmond”
Fans last saw Kenneth Nkosi on The Queen as Hector’s right-hand man and just witnessed Nokuthula Ledwaba on The River as Cobra’s troublesome baby-mama, Angelina.
This won’t be the first time that Thando Thabethe and Desmond Dube will be on the same show as the two recently starred in Netflix’s How To Ruin Christmas: The Wedding which was a hit over the festive season. Thabethe played the role of Beauty Sello in the hit series. She also starred alongside Busisiwe Lurayi who played the role of Tumi Sello. Lurayi is popularly known for her role on SABC 1’s City Sesla!
In the Netflix series Lurayi was Thabethe’s older sister and their family’s rebel and disappointment. She ruins Beauty Sello’s wedding before it even happens and spends three days trying to salvage the ruined Christmas wedding. It is unclear what Thabethe’s role will be on the show yet.
Developing story!