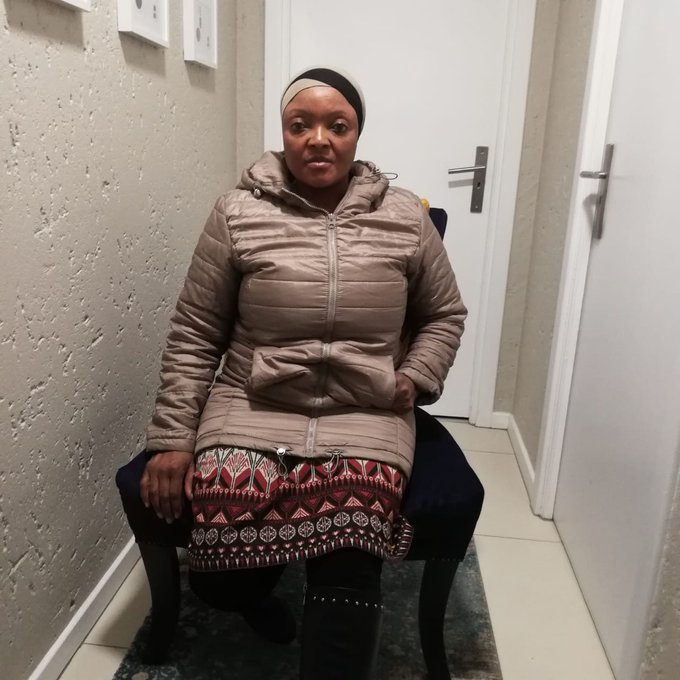 The South African Police Services and Gauteng Department of Social Development stand accused of alleged abuse of power after the mother of the Tembisa decuplets Gosiame Sithole was detained by police in the early hours of Thursday.

According to her lawyer, Refiloe Mokoena, police kept Sithole against her will and denied her access to legal representation, saying they needed to hand her over to the Gauteng Department of Social Development.

Mokoena said Sithole was picked up from a relative’s place at Rabie Ridge, Midrand, and taken to the police station at Chloorkop in connection with the missing person inquiry opened by the family of her partner, Teboho Tsotetsi, last Thursday.

She said while the police insisted that Sithole was not under arrest, they have refused the lawyer access to speak to the woman who made headlines last week by giving birth to 10 babies.\
\“They have handed her over to the Department of Social Development to assess whether she is in a position to give them a statement. I have been here at the police station since this morning,” Mokoena said.

“Since 7.30am until midday, I was not allowed to speak to her. She told me briefly that the social workers wanted to take her to a place of safety, but that she has refused. The representatives of the Department of Social Development say they have called their attorneys to engage on the way forward.”

Mokoena said Sithole informed her shortly after 7am that the police had arrested her.

Sithole later told Independent Media that police officers in plain clothes and in an unmarked vehicle picked her up at around 6am but did not tell her why and where she was being taken to.

“I have not yet even bathed. They came and said I must come with them to the police station,” she said.

When Independent Media arrived at the police station, the lawyer was talking to three police officers while Gosiame and her relative were in the back seat of the car of the officer who brought her to the station, a Captain Motsai.

The parking lot of the police station was a hive of activity, with officers gathered in small groups next to the car.

A discussion ensued in the parking lot between Mokoena, the investigating officer in the missing person inquiry, a Captain Selcke, and the Station Commissioner of Tembisa South Police Station, Colonel Boloka, about the reasons for Sithole’s arrest.

The trio could be heard arguing about whether or not there was a case against Sithole, or a court order for her arrest, and the basis on which Motsai was holding her.

Questions were asked about why the police detained her in connection with their missing person inquiry despite Mokoena having made arrangements with Selcke on Wednesday to accompany her to the police station on Thursday.

Boloka and Selcke could be heard telling Mokoena that Sithole was not under arrest.

“She is not under arrest. We wanted to see and talk to her before closing our missing person docket,” Selcke said.

After the trio could not reach an amicable solution, Mokoena suggested that Sithole be taken inside the police station to give a statement and close the missing person inquiry, to which Boloka and Selcke agreed.

However, as Sithole was about to enter the building to conclude her missing person inquiry and be released, Motsai intervened.

He ordered her back to the car, saying he was in charge of the scene and his instruction was to hand Sithole over to the Gauteng Department of Social Development.

“As long as she is here, she is still under me. If something happens to her, and she disappears, my job is finished. I am in charge of this scene. I am the one who arrested her. You are starting to interfere with my work now,” he told Mokoena, Selcke and Boloka.

“I am waiting for the social workers. I will hand her over to them. They want to take her to the doctor for assessment, and arrange a psychologist for her.”

Mokoena disputed this, saying Motsai had no powers to hold Sithole against her will for the Department of Social Development.

“What powers do you have to hold a person on behalf of social development? This is where I am confused?” asked Mokoena.

In response, Boloka said their part was to speak to Sithole about the missing person inquiry so that they could close it.

”What I wanted to know is whether the lady is indeed missing or not.”

When Mokoena asked why Motsai was waiting for the Social Development Department and what charge they had laid against her client, Boloka promised to find out.

Before Boloka could give Mokoena feedback, another officer who was with Motsai, Captain Motloutsi, said: “No, no. Just for us. You must remember, we are having a missing person case. We didn’t sleep. Now we wait for social development. When they come, we hand over and you will talk to them. Not now, please.”

“Wait until social development comes here, we will hand (her) over to them, and once they are finished, you will talk to them. Now, I don’t need anyone to go there (car in which Sithole was). That’s an order from the police.”

When Independent Media asked Motsai whether he had any powers to arrest or hold Sithole against her will, Motloutsi added: “Don’t tell me about powers. Just hold on. That’s right.”

After consulting with Motsai and another colleague, Motloutsi later ordered the Independent Media journalist out of the police station.

He escorted the journalist to the gate, saying all enquiries would need to be directed to Gauteng police spokesperson Kay Makhubela.

Mokoena said after being interviewed by social workers in her presence, Sithole was driven to Tembisa Hospital for psychiatrist evaluation at the request of the Department of Social Department.

However, she said she was making arrangements for an independent evaluation by a private psychologist.

Masebe asked that enquiries be directed to the SAPS. The spokespeople for Nkabinde-Khawer and Mazibuko referred all questions to Masebe. Makhubele has not yet responded.

The latest developments come against the background of Independent Media breaking the story last Tuesday that Sithole gave birth to a set of decuplets at a Pretoria hospital on Monday, June 7.

Following the story, Government Communication and Information Systems spokesperson, Phumla Williams, issued a statement saying that the government was unable to verify the births of the decuplets at any of its facilities.

The Gauteng MEC of Health repeated the statement on several platforms. However, other government departments – local and provincial – released contradictory statements confirming in some instances and denying in others that decuplets had been born in a Pretoria hospital.

Masebe also released a statement saying that the Gauteng government had no confirmation of the birth of the decuplets and that the babies could not be found at any hospital, public or private.

The GPG, the Department of Health, as well as the CEO of Steve Biko Academic Hospital have all made statements on various platforms that there was neither evidence of Sithole having given birth at any private or public hospital nor could they find her or the babies.

After initiating a private investigation into the birth of the 10 babies Independent Media discovered a possible cover-up of mammoth proportions by Gauteng Health authorities.

“Considering our findings, Independent Media calls for an urgent investigation into the actions and statements of the CEO of Steve Biko Academic Hospital Dr Mathebula; the Gauteng Provincial government, and the Gauteng Health MEC, Dr Nomathemba Mokgethi with respect to the birth of the decuplets, the media organisation said in statement on Wednesday.