Tebogo Lerole: “I Am Grown Enough To Accept Defeat…”

Tebogo Lerole: “I Am Grown Enough To Accept Defeat…” 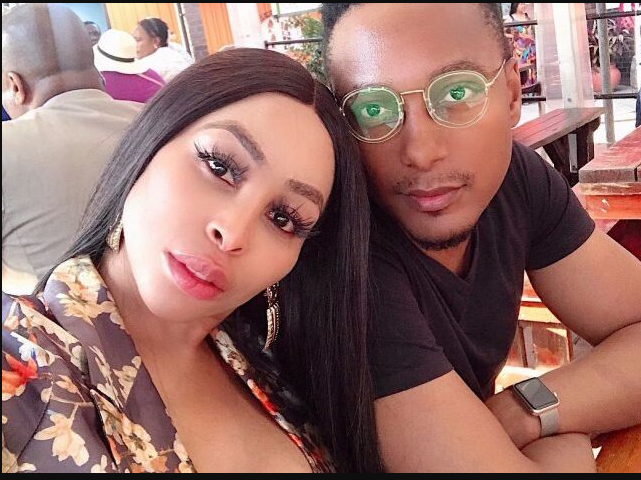 Media personality, Khanyi Mbau and her musician ex-boyfriend of a decade, Tebogo Lerole were one of the cutest celebrity couples in ZAlebville. While some fans of the duo were accusing the couple of using their relationship as a publicity stunt when they were on and off, some hoped they would get back together.

Hopes of the duo getting back together were dashed recently when the reality star, Khanyi Mbau began dating Zimbabwean businessman, Kudzai Terrence Mushonga who has now hinted that he’s ready to tie the knot with the actress just after several months of dating.

Even though the actress is happy with her new bae, fans of her ex-boyfriend Tebogo ‘Edward Billion’ Lerole are still involving the musician into Khanyi’s recent relationship.

Lerole who is apparently very happy for Mbau and has no beef with her has now taken to social media to ask the media and the fans to respect his privacy and not ask him any more questions about his former girlfriend and her new relationship.

Lerole took to his Instagram to clear the air:

“So here goes. If you genuinely know me you’ll know how I hate being dragged in the media especially for impractical rationale [she knows it too]. I am not a personality and unquestionably not a celebrity either, I am a black man raising a daughter/nephew in this exacting world.”

Up above is a clip I believed to be my/our own perfect/imperfect family and for once I believed this world would end with us standing by each other’s sides. I love M and M2 profoundly, just thinking of moments and our journey leaves me giggling. I don’t know how I lost the both of them, however I cherish and will always cherish the day the creator tangled our paths.”

She is an amazing human and has such an adorable smile — she must constantly glitter. I am grown enough to accept defeat. I would like to wish her, nothing but success in her journey and lastly please cut her and myself some slack. Love is beautiful and we tried.”

Here were some reactions to the video:

“The most beautiful thing written about love and lost…too deep.’

Askies my brother, life goes on.”

“We live for the moment, we can’t predict the future…just keep on living as much as people will keep on talking…we just need to learn and love you both separately.”