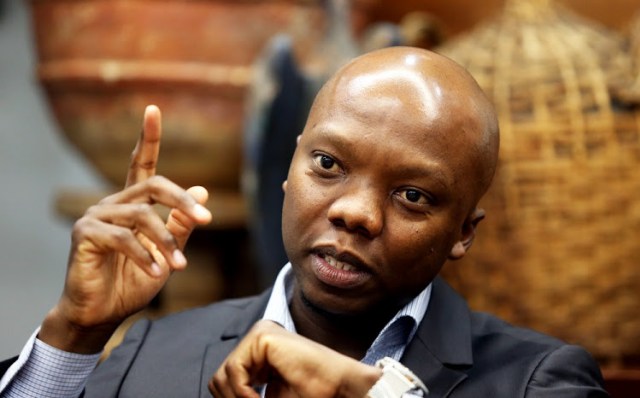 Trouble seems to be brewing at Soweto TV and broadcaster Tbo Touch is at the receiving end of it. After serving as CEO since 2019 at Soweto TV, he has been removed as it is alleged that he along with the head of channel, Nokuthula Zulu have been underpaying their employees, this according to Sunday World.

The publication reveals that Tbo Touch was removed by chairperson Tuis Jabulani Nkutha, who is also in trouble with the station. He is accused of unfairly dismissing the seasoned media personality from his CEO and non-executive director duties at the television station.

According to Nkutha, Touch and Zulu underpaid employees in a bid to save the station from going bankrupt. They took their grievances to court and won the case, leading Nkutha to remove them. Nkutha’s appointment as chairman is allegedly illegal as well and he got suspended on Friday.

Should he not agree to step down, Sizwe Gcayi, the channel’s legal adviser threatened to have him arrested. “In view of the above, you are hereby requested to immediately furnish the four directors and the writer hereof with lawfully executed board resolutions regarding the purported removal or resignation of Mr Malongete and Mr Molefe as directors of Soweto TV,” reads a letter as quoted by the publication.

The issue of salaries is not a new one, as employees accused the personality of not paying their salaries on time.

The staffers that were retrenched at the time, were also promised to be given their packages, however, that too took time. Staffers were not happy with Tbo Touch especially after they saw him on multiple occasions flying in and out of the country.

The issue of unpaid salaries is one that is forever recurring. A few months back, Uzalo actors anonymously went to various media outlets to express their disapproval over unpaid salaries. This affected their work, which had a negative impact on their performance and viewers have had enough.
We have every right to be worried. We have only Uzalo as our source of income at the moment. The fact they failed to pay us on time last month, which prompted a strike, means that we are not respected and taken seriously,” said and anonymous actor to Daily Sun.

Uzalo spokeswoman Nomfundo Zondi told the publication that the reason for unpaid salaries last month was due to technical problems.