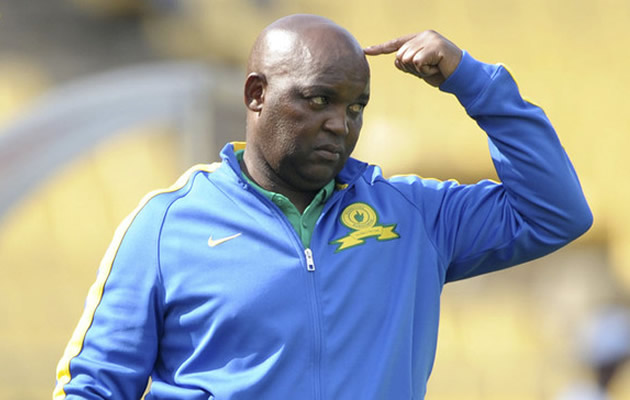 The simmering tension between Mamelodi Sundowns and its former head coach, Pitso Mosimane, has taken a turn for the worse after the club demanded that he and his wife pay back an agent commission of almost R8-million linked to a staggering R1.5-million salary per month he was receiving from the team.

Celebgossip has learnt that Sundowns filed papers in the Joburg High Court on Wednesday in which they seek a court order to force Mosimane and Moira Tlhagale Sports Marketing and Management, owned by Mosimane’s wife, Moira Tlhagale, to pay back the money after the duo refused to do so.

Mosimane resigned from Sundowns last year and joined Egyptian giants Al Ahly. Sunday World reported at the time that his exit was acrimonious. Sources within the team said Mosimane had refused to comply with an ultimatum from then club president Patrice Motsepe to apologise or face a disciplinary hearing for the remarks he made to the club’s fans during a post-match interview after winning the league.

At the time, Mosimane told the media that he “had a lot of pressure inside and outside, people doubting me but these boys made it possible for me to look back at those people to say what are you saying now? Look at me now. But it’s not about being vindictive. It’s a message, it’s a football message.”

In court papers, Sundowns lawyers Bowman Gilfillan said on May 20 2020 Tlhagale and the club had signed a “head coach agreement” in which Sundowns, also known as the Brazilians, employed Mosimane on a 48-month fixed-term contract starting from June 1 2020 and expected to run until May 31 2024.

They further said Mosimane and Tlhagale agreed to pay back the pro-rata of the commission if he quit the Chloorkop side before his contract came to an end. In terms of the contract, Sundowns agreed to pay Mosimane a salary of R1 550 000 a month.

The contract further said the club agreed to pay Mosimane between R5 000 and R8 000 for every match he won and 10% of every prize money the club would receive for winning any of the official PSL, Confederation of African Football (CAF) and or Fifa competitions.

The club accuses Mosimane of having terminated his contract on September 30 after coaching the team for only four months of the 48-month contract.

Mosimane, who once described Motsepe as his father, won 11 trophies including four league titles and the 2016 Champions League in his eight-year stay with Sundowns.

Jingles, as he is fondly known in the football fraternity, received a hostile reception from a section of Sundowns supporters who hurled a barrage of profanities at him ahead of the two teams’ CAF quarterfinal second-leg showpiece, which ended with Al Ahly winning 3-1 on aggregate.

Mosimane dropped a hint after the game that all was not well between him and his former employers. In an emotional post-match interview, Mosimane said the antics of the fans were well-orchestrated and that he knew who was behind the fans’ behaviour.

“I was a little bit emotional only when I saw the placards outside. They stopped the bus and all these people [were] swearing at me, swearing at my mother. I said to myself, what else I should have done for this team to get the respect?

“Just bitter because I left. I had to move on with my life. I don’t want to talk, the things that I’ve received before my match, if I show you my phone – correspondence, e-mails – they just won’t let me go,” Mosimane said during the post-match media conference.