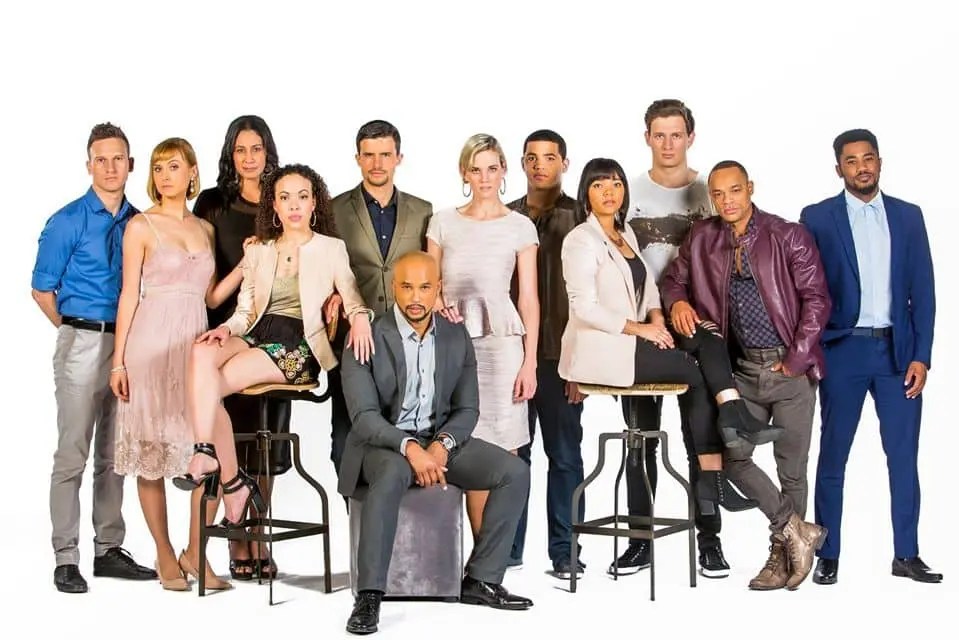 Coming up on Suidooster this December 2021: The time has come for the fete, and the day is filled with surprises. Zoe and Donovan lock horns, while Susan tries her best to keep Justin and Elana happy.

Zoe tries to make peace with Bridgette and Nazeem reaches a new low point. Ty tries to convince his team mates to cheat at the church quiz, while Justin and Susan plan a secret date.

The time has come for the fete, and the day is filled with surprises. Zoe and Donovan lock horns, while Susan tries her best to keep Justin and Elana happy.

Donovan insists on telling his side of the story. Elana is shocked to find out that Justin is also out of town, and Wade is caught between two fires.

Susan feels guilty about her day away with Justin but she can’t stay away from him. Chris tries to glean information from Donovan’s brother, while the festive season is becoming stressful for Mrs J.

Zoe struggles to accept Bridgette and Donovan’s relationship, while Mrs J is miserable about the church choir. Elana makes a shocking discovery …

Bridgette takes drastic measures in her conflict with Zoe. Justin and Susan struggle with the consequences of their romance, while Bianca gets a tough new job at the church.

Zoe tries to accept Bridgette and Donovan’s relationship. Bianca sees trouble on the way with the new choir leader, while Elana agonises.

Mrs J gives Justin food for thought, and Siya has his hands full with the Christmas carol service. Bridgette does something impulsive, while Elana’s day comes to an unexpected end.

Mrs J goes out of her way to show Bridgette some support. Elana makes an emotional plea and choir practice is no longer fun.

Susan confronts Elana, and there’s big trouble between Celeste and the choir. Wade has to drop Carlo at a friend’s party but then things go awry.

Elana suffers after Susan’s betrayal. Zoe surprises Bridgette and Donovan, and Bianca makes a plan with the Christmas choir.

Mrs J returns to the church choir, while Donovan’s brother is desperate for help. Susan wants to leave Ruiterbosch.

Rhafiek has his hands full with his parents’ departure, while Wade thinks he’s losing his marbles. Susan tries to get her life back to normal but it’s tough …

Wade has a frustrating day, and Bridgette tries to make the best of a bad situation. Danni and SIya are at wits end with Celeste, while Elana overplays her hand.

It’s Christmas Eve in Ruiterbosch and Siya has his work cut out. Bridgette reaches out to Greg, while Carlo overhears something that wasn’t meant for his ears.

Justin and Susan are enjoying their time together as a couple, while Wade gets his medical test results. Donovan, along with the rest of the household, suspects his brother of theft…

Justin is worried about his love life while Wade has a premonition. Donovan confronts Tim …

Mrs J is upset over the fuss Wade is making, but he gets another premonition. Donovan warns Greg against Nazeem, and Elana receives the draft settlement agreement for her divorce.

Wade has Ruiterbosch talking about his new-found ‘talent’. Susan is shocked by Elana’s latest demands, while Donovan’s brother finally gets a job.

Wade becomes increasingly worried about his condition, while someone makes Nazeem an attractive offer. Susan tries her best but will she be able to come to an amicable agreement with Elana?

Suidooster airs on kykNET and kykNET & Kie Mondays to Fridays at 18h30.