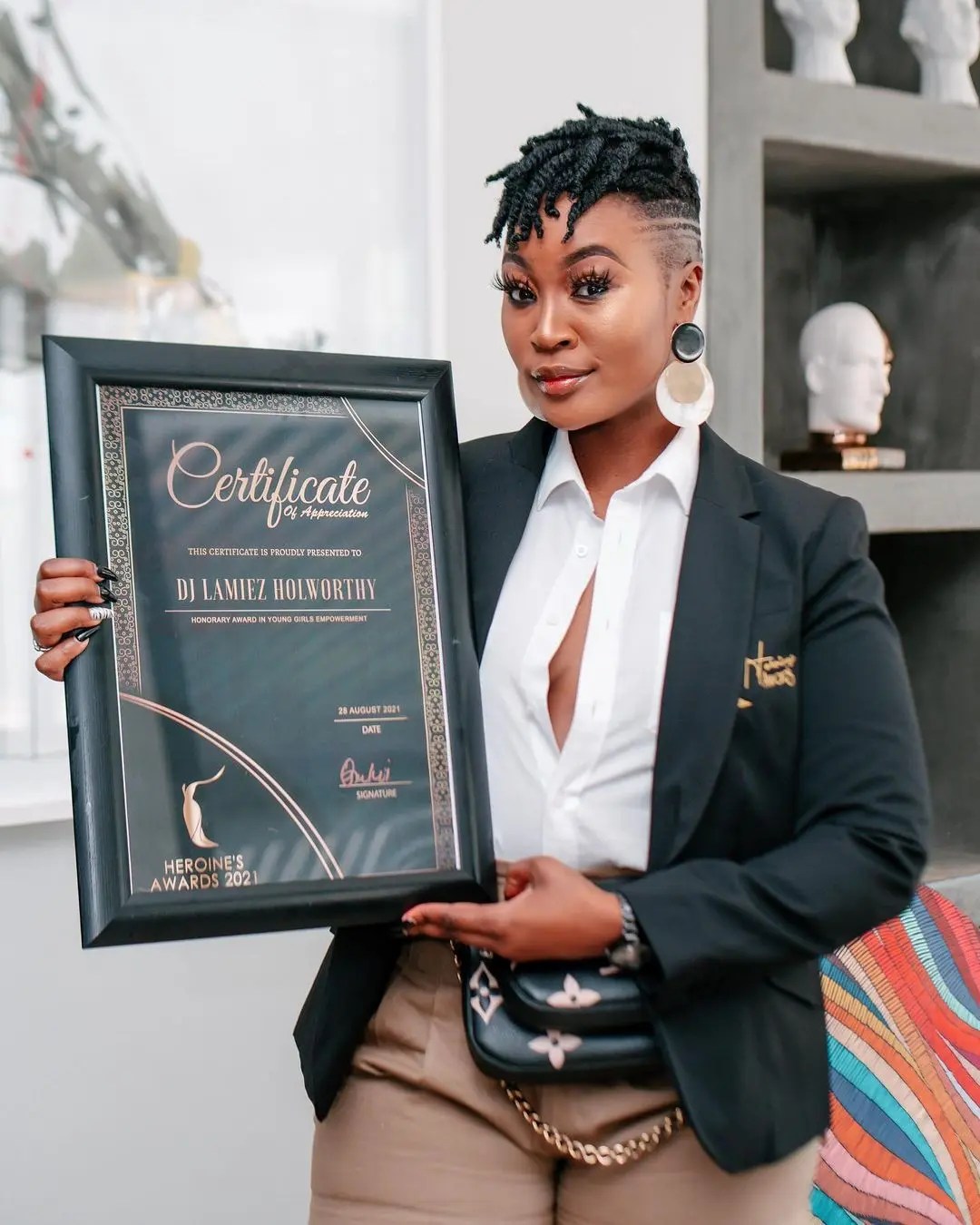 Lamiez Holworthy is done rendering financial help, as she claimed to be without money. The DJ vexed out on her Instagram stories, though the message wasn’t explicitly directed to a person.

Lamiez is famously known to be a philanthropist as she’s never tired of helping people, but it seem the table has turned, as she’s tired of people who request money.

“Do us all a favour and stop asking me for money. I don’t have it. Just like you, I have problems and responsibilities of my own. Thanks,” the DJ wrote.

Lamiez has been working from home as she’s reportedly down.

The star recently lost someone who was like a younger brother to her, which got her taking a break from social media. 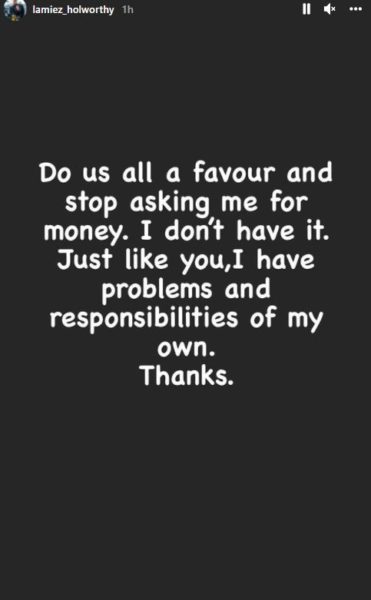 The death of the aforementioned young man named Blackie, shook the mzansi industry, but Lamiez expressed much hurt on social media.