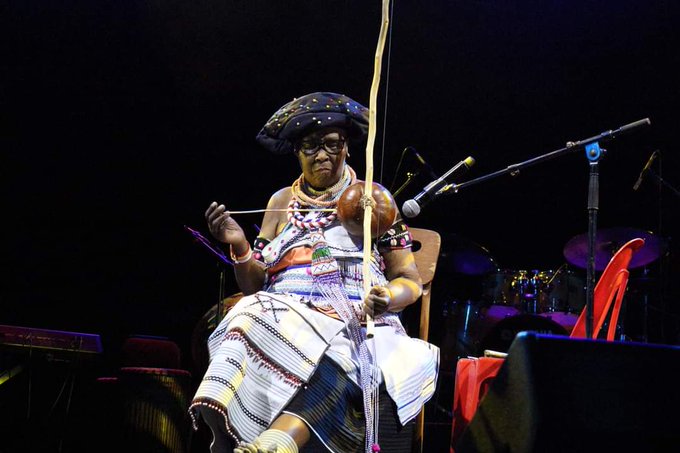 Madosini as she was affectionately known died on the 23rd of December at the age of 80.

She collaborated and wrote songs with British rock star Patrick Duff and in 2003 they performed several successful concerts worldwide.

She was widely known for her mastery of traditional musical instruments such as the Harp uHadi, umrhubhe and the isitolotolo.

Madosini also collaborated with local musicians such as Thandiswa Mazwai, Ringo, Derek Gripper and Brazilian musician Gilberto Gil.She was awarded the degree of Doctor of Music by Rhodes University in 2020 and was formally robed and hooded at Mkhankatho village in Libode, outside Mthatha in September last year.