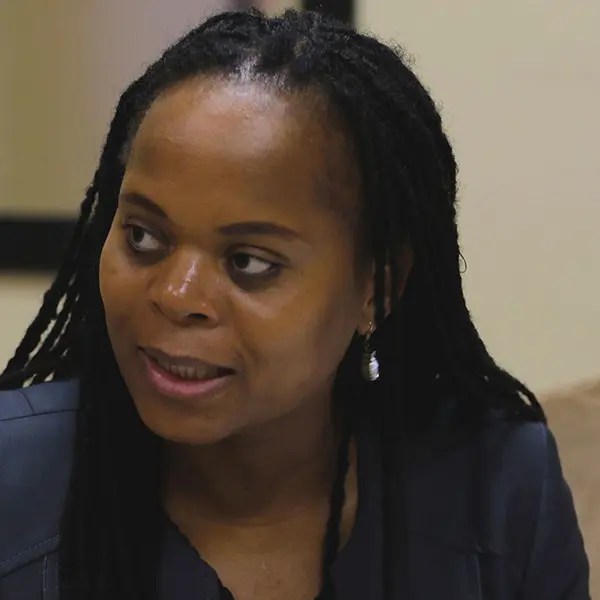 A regional health minister has come under fire in South Africa for telling schoolgirls to “open your books and close your legs”. Phophi Ramathuba made the comment during a visit to a secondary school in a bid to encourage abstinence and reduce teenage pregnancy rates. Social media users criticised the remark and questioned why it was only directed at girls.

Ms Ramathuba defended the message, which she said was aimed at boys too. The health minister for Limpopo province was visiting Gwenane secondary school in the township of Sekgakgapeng on Wednesday to mark the first day of the new academic year.

“To the girl child I say: Open your books, and close your legs. Don’t open your legs, open your books. Thank you very much,” she told students. She added that girls were being lured by older men using luxuries like expensive wigs and smart phones.

The comments sparked criticism after a video of the speech was shared on social media. This is not an appropriate way to talk to kids about abuse, sex and consent”, one social media user wrote. Opposition politician Siviwe Gwarube called the remarks “deeply problematic”.

“This was an opportunity to have a meaningful conversation with these learners about consent… Instead you victim blame. Place undue pressure on girls”, she said in a message on Twitter.
Ms Ramathuba told South African news site TimesLIVE that her statement had been taken out of context, and was directed at boys too. I told the boys to focus on their education and not sleep with girls,” she said.

She added that her constituents in Limpopo “appreciated the message”. They were even saying that they were afraid to say these things and thanked me for calling a spade a spade,” she said.

Government statistics show that almost 33,400 girls under the age of 17 gave birth in South Africa in 2020. Save the Children says a lack of access to comprehensive sex education as well as affordable and appropriate health services are key factors contributing to teen pregnancies in South Africa.