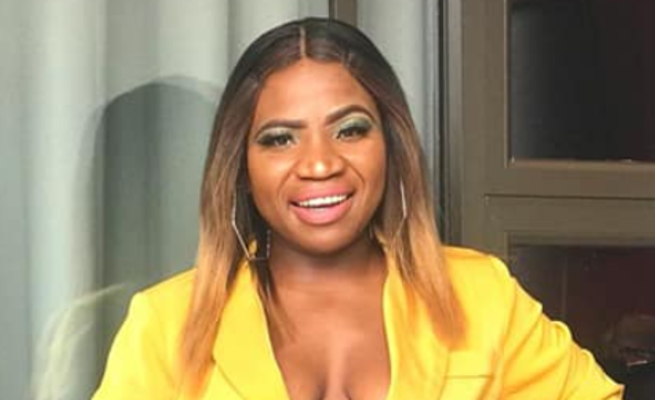 Makhadzi’s army of fans have come out to strongly defend her against cyberbullying over her appearance.

For the second time in a matter of days trolls went after Makhadzi, but her fans were ready for them.

Just last week, the star hit back at trolls who came for her looks. Mampintsha posted a photo of himself with the singer and a Twitter user commented, “for a moment I thought it was Photoshopped”.

The hate came rolling in straight with haters questioning the Limpopo songstress’s age and calling her “ugly”.

However, Makhadzi wasn’t here for her haters and came with some lessons on self-love.

“The most beautiful girl I know, ngimuhle shem (I’m beautiful). The queen,” she wrote.

And it seems as if the internet hasn’t given up on the hate wagon. The haters continued to come for the star’s looks this week.

So ya'll said Makhadzi is beautiful? Okay bayafana ke, are you happy?? pic.twitter.com/IBJBG7AOsW

With the trolls still hammering on with their comments, fans came to the star’s rescue as she experienced the barrage of negativity.

Makhadzi’s stans were in full, reminding Mzansi that she is beautiful and there is still support for her out there despite the online trolls. They were hoping to spread positivity on the TL for the Tshanda Vuya hitmaker.

Here are some of the fans’ reactions to the hate:

People making fun of someone who looks African. Lol, this is who you are, meaning you hate yourself.