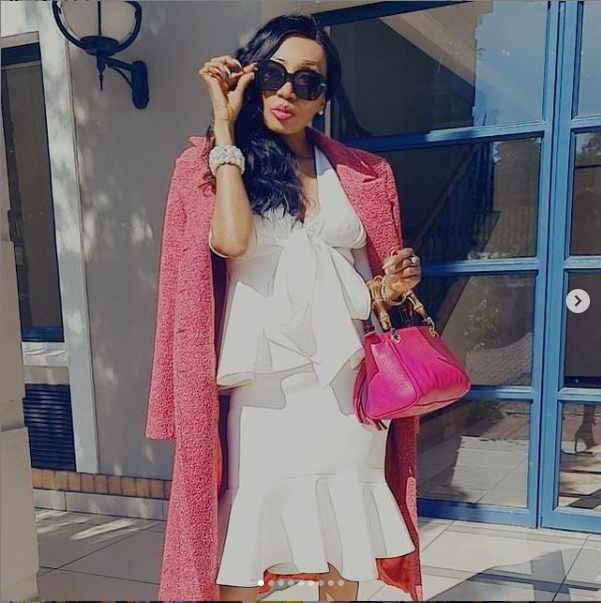 Actress Sophie Lichaba has joined a long list of celebrities who are victims of scamming on social media.

In the past we’ve seen the likes of Somizi, Jessica Nkosi, Shawn ‘MaMkhize’ Mkhize condemning imposters who posed as them on social media in a bid to solicit money from their fans.

The former Generations actress, who made a name for herself a bubbly ‘Queen Moroka’ who was a connoisseur of the finer things in life on the defunct SABC1 soapie, has also come out to issue a warning to her fans. She took to her social media to alert them of a fake account that has been created under her name.

The fake account has been hard at work, convincing social media users to join Bamboo Money, promising them big returns when they invest their cash into this pyramid scheme.

Her followers appreciated the alert in the comments section, with some advising the actress to get her account verified so it’s easier for Facebook users to differentiate between a fake account and her original account.

“Please have your account verified so it has that blue tick at the top just after your surname,” one fan wrote.

“Thank you for letting us know my diva. I know you’ll never stoop that low.” Lungster Ngelo Dee advised her to have her account verified,” another replied.

While the Lockdown actress has supportive followers who love and appreciate her, she has also had a tumultuous social media experience. Apart from the recent cyber identity theft incident, Sophie has also been a victim of bullying and many death hoaxes.

Having lost a lot of weight over the years due to her diabetes, Sophie and her family have had to address the emotional pain of logging onto social media to find trends such as #RIPSophieNdaba at the top of the trends list because of a few reckless and insensitive individuals.

During one of her interviews on Radio 2000, the actress explained that while the negativity around her weight did not take too much of her toll on her, it was the fact that she saw nothing wrong with her weight that actually depressed her. According to the actress, she would still wear the same clothes ‘Queen’ wore, because the woman she saw in the mirror did not reflect her reality.

“I was at the deepest point of depression. I can’t even explain it. When I think about it, I am like ‘God, you saved me’ because I would look in the mirror and see the same voluptuous woman. You wear the same clothes, the same style at that size and you still think it is normal. That is how deep it was, I couldn’t see a thing.”