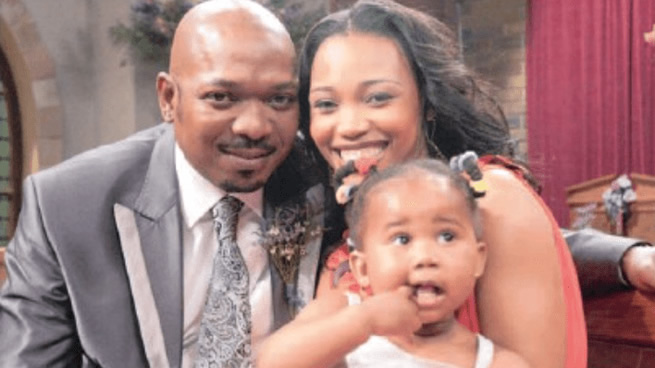 For several years Menzi Ngubane and Sonia Sedibe lit up South African screens as Sibusiso and Ntombi Dlomo on Generations, but after Menzi’s death this past weekend Sonia was left shocked and heartbroken.

Menzi died on March 13 after suffering a stroke at his home. He was 56 and is survived by his wife Sikelelwa and two daughters.

Speaking to local press TshisaLIVE, Sonia said her blood ran cold when she heard the news of Menzi’s death.

She said their last conversation via text was sharing memes, but she had heard that he was not well and had hoped he would reach out to her.

“I heard he was sick, and, for me, when someone gets into that space I always just want them to engage and reach out to me. I don’t follow what is said on social media.

“So I was thinking Menzi would still reach out and the next thing you hear he is gone. There was a little bit of regret from my side, saying, ‘I should have listened to my instinct and reached out to him and found out if he was OK’.”

The pair started out on Generations nearly two decades ago and forged a strong friendship.

Sonia said while she did not originally act alongside Menzi, she made it a goal to do so.

The pair eventually played one of the most popular couples on TV.

She was one of the few who visited Menzi when he was rushed to hospital with organ failure in 2012 and celebrated with him when he underwent a kidney transplant in 2014.

“His changing room was next to mine. So, I was always just aware of whether he was OK. I would knock on the door and check, and he would say he is fine. When it happened, the one moment he was at work and the next he was in hospital having collapsed.

“I remember I went to see him and seeing him in that hospital bed was a shock. Menzi gives 100%. Menzi is strong. Menzi shows up. To be rendered so sick that he ended up in hospital was upsetting.”

Sonia said Menzi’s legacy will loom large for future actors and she was honoured to have worked with him.

“There will be no-one like Menzi. They aren’t even born yet. Someone who will walk into an industry and take over like that. He is known for playing each character with such vigour and passion.”