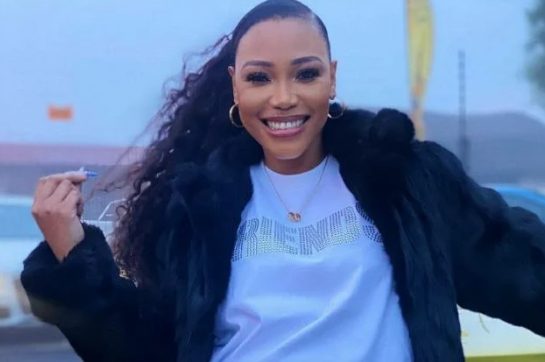 Earlier today, Reokeditswe took to her Instagram stories to accuse Donell of abusing her.

She also went ahead to share receipts as she showed off her bruised face and even shared private messages between them where he allegedly admits to this scary act.

In one of her stories, she claims that Donell logs in on her Instagram page and deletes the posts but she managed to repost them again.

Reokeditswe claims he cheated on her and when she confronted him, all hell broke loose.

Taking to Instagram, Sonia said she is surprised by the news and as a victim of abuse by her husband, she understand how Reokeditswe feels.

She also said she is ready to let the law take the course and her son is dealt with as he should.