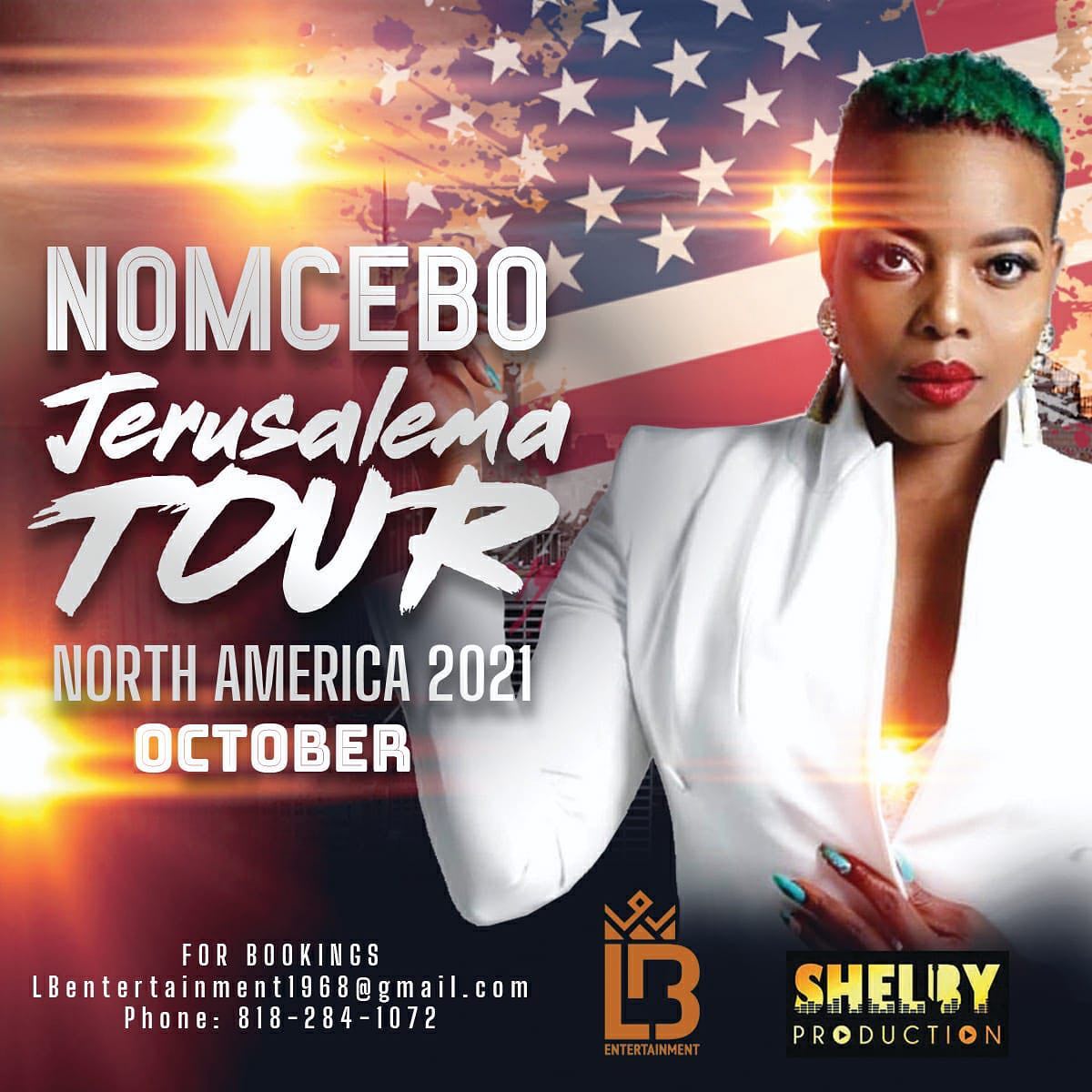 In October, she will be touring North America under the banner Nomcebo Jerusalema Tour.

The exact dates have not been released yet.

According to her post, she has been invited to perform in the USA.

In her announcement, she said: “Thank you USA for the invite. See you soon.”

Her fans across the world couldn’t be happier for her.

They instantly flooded her post with good luck messages.

Nompumelelo Makhumalo Mosata wrote: “You go girl. Raise that cute flag of SA. We’re behind you and love you always.”

Janice Walker said she hoped she’d choose her to sing with her on stage.

“She loves people and the kids. I always wished you would come to America, hopefully I’m selected on stage to sing the song (Jerusalema). God does answer prayers,” she wrote.

“I’m excited about your visit to the USA. How can I get a ticket?” asked Paulette Sewell.

Reuben Charumba congratulated her and said: “Take Africa to the world with such a melodious voice, queen Africa.”

It is public knowledge that the ownership of the song Jerusalema is still in dispute.

A month ago, Nomcebo blasted Open Mic, demanding her royalties for her contribution to the song.