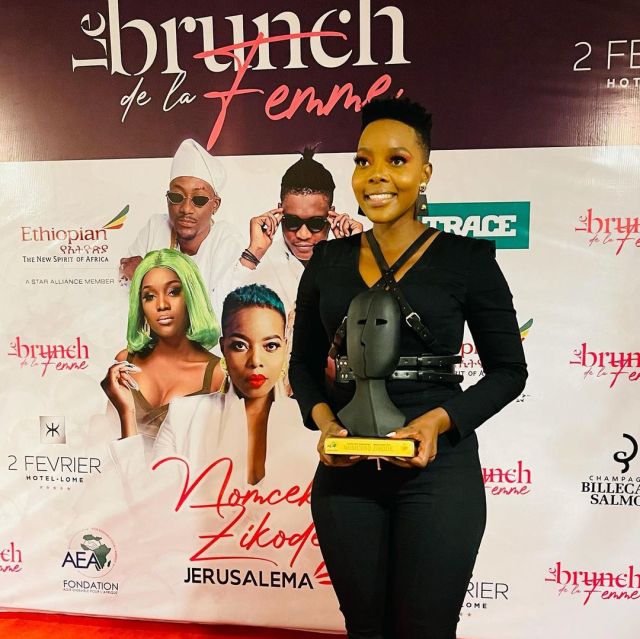 South African singer, Nomcebo Zikode is excited to receive an honorary award in Togo. Taking to social media, the star shared a video of her performance at the event and flaunted the award received. 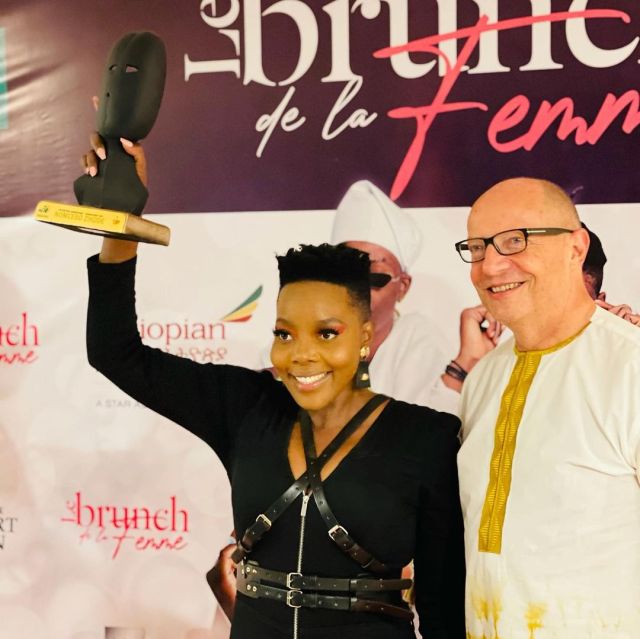 “Another chance to represent 🇿🇦 Received an honorary award from the AEA Foundation in Togo,” she captioned post.

Since last year when lockdown got relaxed in most countries, Nomcebo have been touring other cities in Africa and she’s bagged recognition even outside SA.

Her vocals on Master KG’s hit single, Jerusalema gained her more audience, and she’s excited with the wins her songs have been making.