Legendary movie icon Mary Twala who also happens to be Somizi’s mum final film before her death, will be premiering on all cinemas across Mzansi next month. 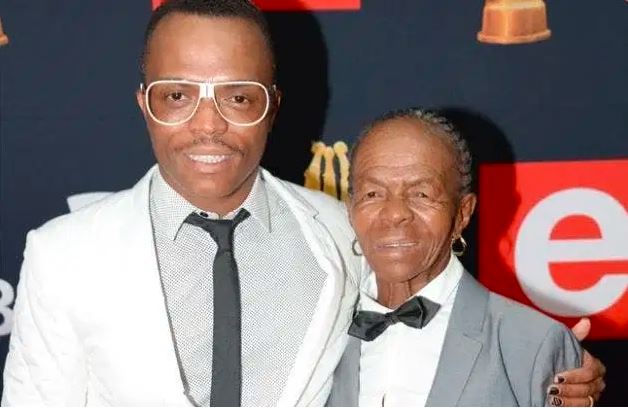 The media personality announced the death of his mom last year. Mary Twala died at the age of 79 at the Netcare’s Parklane Hospital in Johannesburg.

Before her death, the legendary actress featured in the movie, This Is Not A Burial, It’s A Resurrection, and she’s bagged the Best Actress Award for her role.

According to reports, Somizi’s mother had to be carried by crew members when the movie was filmed in the remote mountains of Lesotho.

The late icon’s final film has won a couple of international awards and has also been screened at international film festivals. The movie was filmed in the remote mountains of Lesotho was directed by filmmaker Lemohang Jeremiah Moses.

According to reports, the film will be out in May.

Meanwhile, Somizi in other news, took to his Instagram to dish out some words of wisdom to his followers on dealing with life’s difficult challenges.

The Idol SA judge believes everyone goes through challenges in life but what matters most is knowing you are not alone.
Even though it is not Sunday, the Metro FM presenter used his morning to deliver a sermon about what peoples go through in life.

Somizi was giving a tutorial on making a quick iced tea drink and used his time to give his followers some advice on how to deal with difficult situations. The TV and radio personality spoke about how everyone in life has their own set of challenges that they go through, and people shouldn’t make fun of others because of this.

Somizi also touched upon hardships that life can throw at you when you least expect it, and it’s hard, but in the end, you’ll understand why and see that it was worth the fight.

“The message today is that you are not alone. You are not cursed. You are probably going through something that feels like it’s the end of the world. It’s not the end, it’s the beginning of a new chapter,” he said.