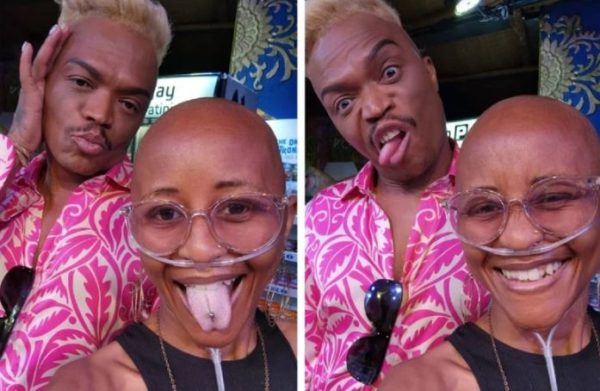 Somizi Mhlongo’s big heart gets extended to the ailing Nompilo Dlamini, as he took her out to the Luju Festival hosted in Eswatini this past weekend.

Nompilo got famous after coming public about her terminal ailment known as cystic fibrosis.

The 28-year-old born in Eswatini shared screenshots of her conversation with the media personality who sought her permission to take her out to his cooking session.

She excitedly agreed and they went out; tweets shared by Nompilo confirmed that she was pampered and cared for by Somizi.

“Great day was had it didn’t matter that he was the visitor, he took care of me @somizi you are a whole bone,” she wrote.

This isn’t the first time a celebrity has shown her love, as Cassper Nyovest once helped in raising her money.

Check out the chats and photos below:

The excitement is beyond me right now. I’ve been counting down to this day 🥹🥹🥹🥹🥹 @somizi thank you and I can’t wait to see you 🥹🥹🥹🥹 pic.twitter.com/KTs00e2HYK

Great day was had🥹🥹🥹it didn’t matter that he was the visitot,he took care of me🥹🥹🥹 @somizi you are a whole bone 🫠 pic.twitter.com/roginTm680

Luju festival courtesy of @somizi 🥰🥰🥰I’m not feeling my best but I couldn’t miss this one 🥹🥹🥹🥹 pic.twitter.com/Y9ZcjiCVJr