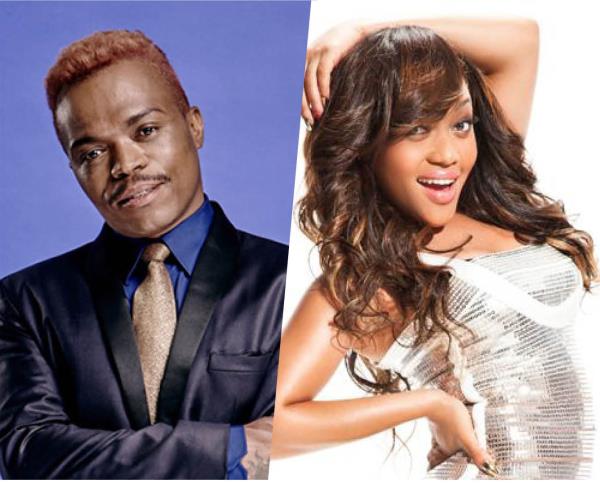 Amidst all the drama that Somizi Mhlongo is embroiled in, he still has the time to be his usual goofy self. The star has recruited Thando Thabethe to be his future baby mama.

Somizi was only celebrating the star who just launched her own company Thabooty’s Underwear And Shapewear. The media personality also has a store in Dainfern Square, shop no.46A. She recently shared snippets of her shop and is overjoyed by the progress.

This is a milestone for her before reaches another milestone of turning 31 years old. She took to Instagram to announce the amazing business venture and to also thank people for their support.

“And days before my 31st bday I got myself a @thabootys store…now open! Please come visit us at Dainfern Square, shop no.46A,” she captioned her pictures.

This was also made possible with a partnership with Regenesy Business School. She revealed that she obtained her qualification from that business school which helped her get in the know when it comes to business management and entrepreneurship.

“It takes dedication to manage a career in TV and radio, while also launching the first physical store of @thabootys which I’m soooo very excited about!!! This would not be possible without my education and qualification.

“Study now with @regenesysbusinessschool to develop the fundamental competencies required for a career in senior management or start your entrepreneurship venture. Save up to 60% on tuition fees over the pandemic. Limited seats available.”

Of course everyone called him on his bluff seeing how they both are famous, but they enjoyed a little laugh.

At first the workers who were fixing the décor heard a knock from Som Som who said he was looking for a job. He also reveals that Thando Thabethe was his former lover but he ended things because she was a blabbermouth who was also not smart. Looking at her store, he is now amazed at how well she has done for herself.

Aside from the fact that the workers knew who he was, they also could notice that he is a gay man. Som Som however jokingly said he is not gay and that Thabooty would mother his second child.

Somizi is currently trending because he is at the centre of controversy involving the department of Tourism and himself. Yesterday, Checkpoint investigated just how much was spent on the ministerial cookoff between Minister Mmamoloko Kubayi-Ngubane and Somizi Mhlongo.

According to the minister this event was supposed to revive South Africa’s tourism industry ahead of the budget vote 2021. But many businesses and Mzansi as a whole deem this event a slap in the face. According to the publication, the event costed the government R150 000 but they deny giving Somizi a cent from that money.

He on the other hand did say he got paid but refused to disclose the amount he got paid. “I don’t owe anyone that explanation,” said Somizi. The journalist reiterates that these were public funds and the public deserves to know, how much did he get paid. “I did send them an invoice,” admits Somizi. He then advises the Checkpoint team to ask them how much they paid him.