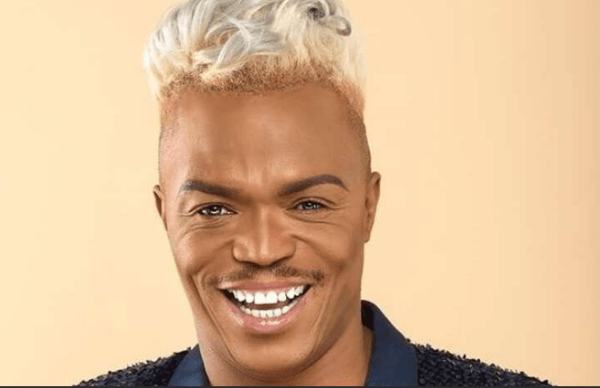 Media personality Somizi Mhlongo has been let go from his judging post on Idols.

In a released statement, Mnet said that they have met with Somizi to discuss his role on Idols following the allegations that have been made against him by his estranged husband Mohale Motaung.

“We have reached a mutual agreement that Mr. Mhlongo will take some time off to deal with his personal circumstances until this matter has been resolved”

Mnet said that viewers will still see Somizi on their screens until Sunday, 22 August as the auditions shows are pre-recorded.

Naturally this has gotten people talking and asking some questions that many people are truly asking themselves. These were some of the reactions:

“I haven’t been following this whole this whole story, but what I want to find out, so after he deals with his personal issues will he be reinstated? Judging that he not released or fired. Do you have any idea?”

Following the serious allegations of abuse in his marriage, Multichoice has decided to release Mhlongo from his judging job on #IdolsSA

Somizi will appear in pre-recorded episodes til August 22. #KgopoloReports pic.twitter.com/msZCVKxbb1

In response to this question, entertainment commentator Phil Mphela said,

That’s a valid question. It is unlikely that he will return to the show. Should the show have another season, the broadcaster will want to avoid attention being taken from the show and be about him”

“If he is innocent he should sue the publication that published an interview, without his side of the story. And also sue his ex for deformation and loss of income”

“The cancel culture must be revisited and inspected adequately. A mere allegation should not cost anyone their bread, especially during the time when people would do anything for clout”

“Eish. I never like to see this happening to anyone. in law we were always taught “the only thing we have is our names, you lose that you are finished”

“Gigs are now drying up for Somizi after being everywhere in the past few years….it’s all come down to this. Of course it’s still an allegation but it will dent his image and most importantly his pocket”

“People are hypocrites sies!! Now that the allegations are about their favorite, “it’s sad”. If it was a woman being abused it was gonna be a different story nxa!”

“It’s SAD how easy it is to destroy a person in SA, you cry ABUSE without any sort of evidence a person is destroyed and haters celebrate. cause its black culture to celebrate ones down fall. #SALOYWA THINA BANTU QHA!”

Somizi took to Instagram to share his side of the story and clear his name from the allegations levelled against him by his husband:

He said, “Our relationship has its ups and downs but I have NEVER been physically or knowingly emotionally abusive towards my estranged husband. I vehemently deny the allegations of criminal acts towards him and would like to clear my name of that defamation.

What I am going to state however is that we had one altercation in which I had to defend myself and both of use were physically hurt by the other. I am at this stage not at liberty to dive deeper into the details but can state that he is not a victim in this situation”