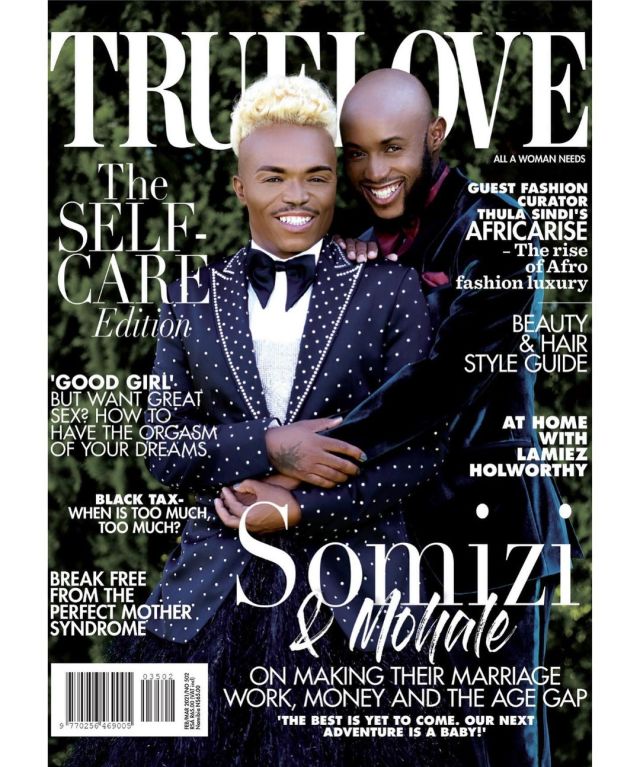 TrueLove magazine has helped clear the viral divorce rumor on Somizi Mhlongo and Mohale Motaung’s marriage. The two lovers were announced cover stars for the magazine this Friday.

Som and Mohale were confirmed to be very much married on the February/March 2021 issue. The lovers discussed on how they make their marriage work, money and the age gap between them on the publication. 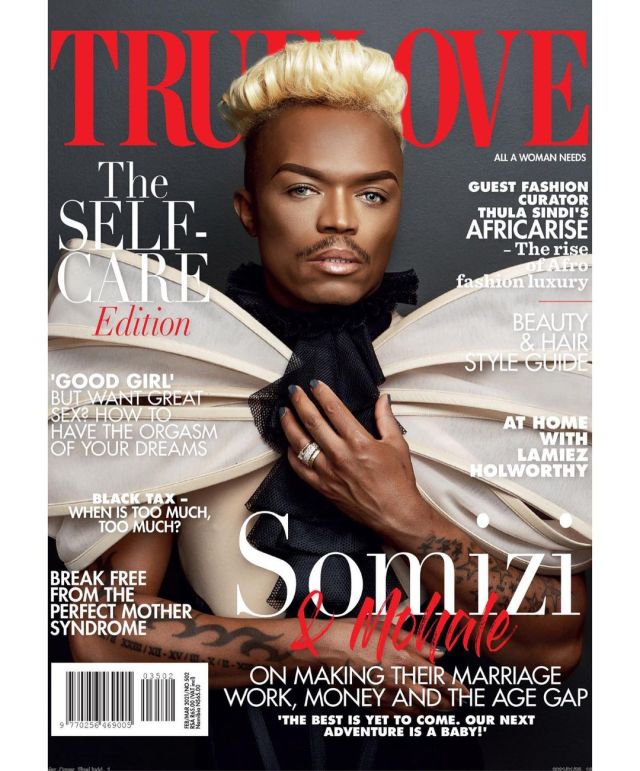 It was also revealed that they are set to have a child. It appears that trolls need no more conviction that the Somizi and Mohale are good and their marriage is still intact.

Within the past few weeks, talks about their marriage has been really hot on social media, as many assume that they’ve split, due to the radio star’s frequent movement with his bestfriend, Vusi Nova.

Som has recently stopped showing off things about his marriage on social media.

However, this latest magazine cover has cleared all rumors, as they are still very much in-love.