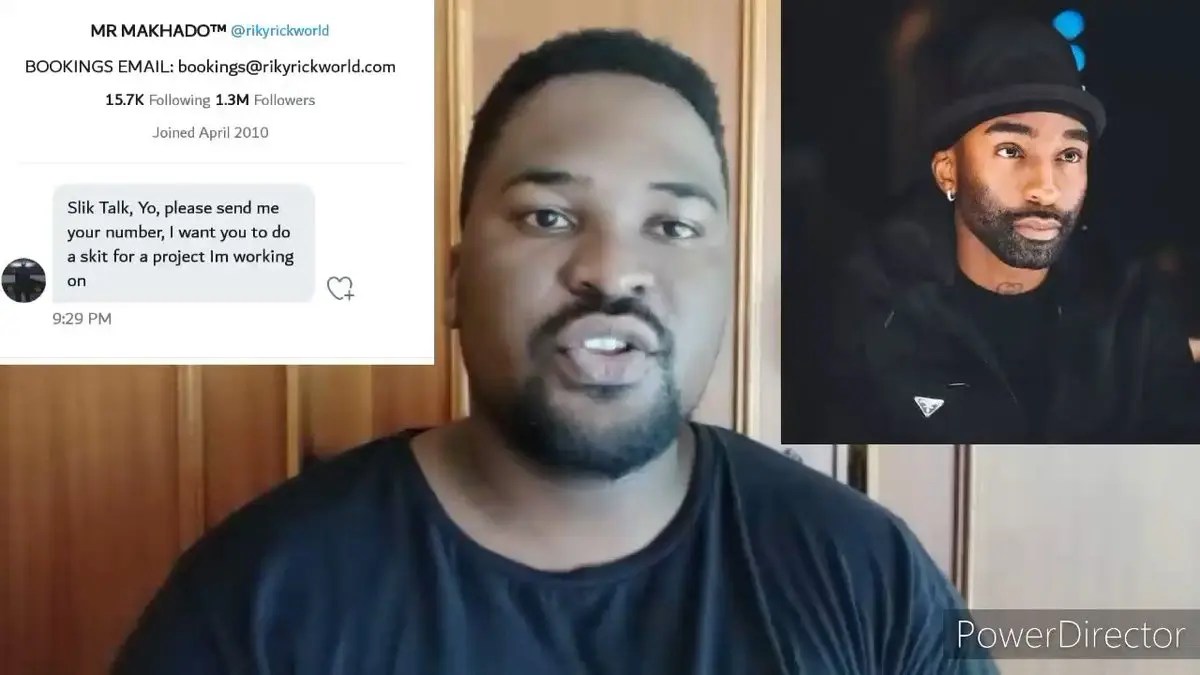 Slik Talk has a sharp tongue when it comes to criticising South African celebrities, but one star he’s yet to drag online is the late rapper Riky Rick

The controversial YouTuber – who has built a reputation for his scathing remarks – took to his channel to reveal exactly why that is.

In a clip posted in the wake of Riky Rick’s death, Slik revealed that the rapper had personally reached out to him

Speaking in his latest video, Slik reveals that Riky Rick reached out to him two years ago when he was still an up-and-coming vlogger with less than 1000 subscribers

He said: “He reached out to me and said: ‘I think you have potential and talent, and I want to do a show with you’”.

Despite turning him down, Slik claimed the rapper still showed him love and encouraged him to keep growing.

“That’s when I gained a lot of respect for this man. He’s not just a rapper, he is a man of character. And not once have I spoken about Riky Rick on my channel based on how he carried himself as a man”.

Slike also revealed that Riky Rick chastised him for a video he did criticising the late Mpura.

He continued: “He let me know that video was wrong. He wasnt yelling at me, he came at me with a good energy. And that is exactly why I apologsed for that video”.

Slik Talk then went on to praise the rapper’s career achievements and character traits that he admired.

“He was a man of class, he carried himself like a gentleman and he was not selfish at all. He did things because he wanted to help people not because he was looking to benefit from it”, he said.