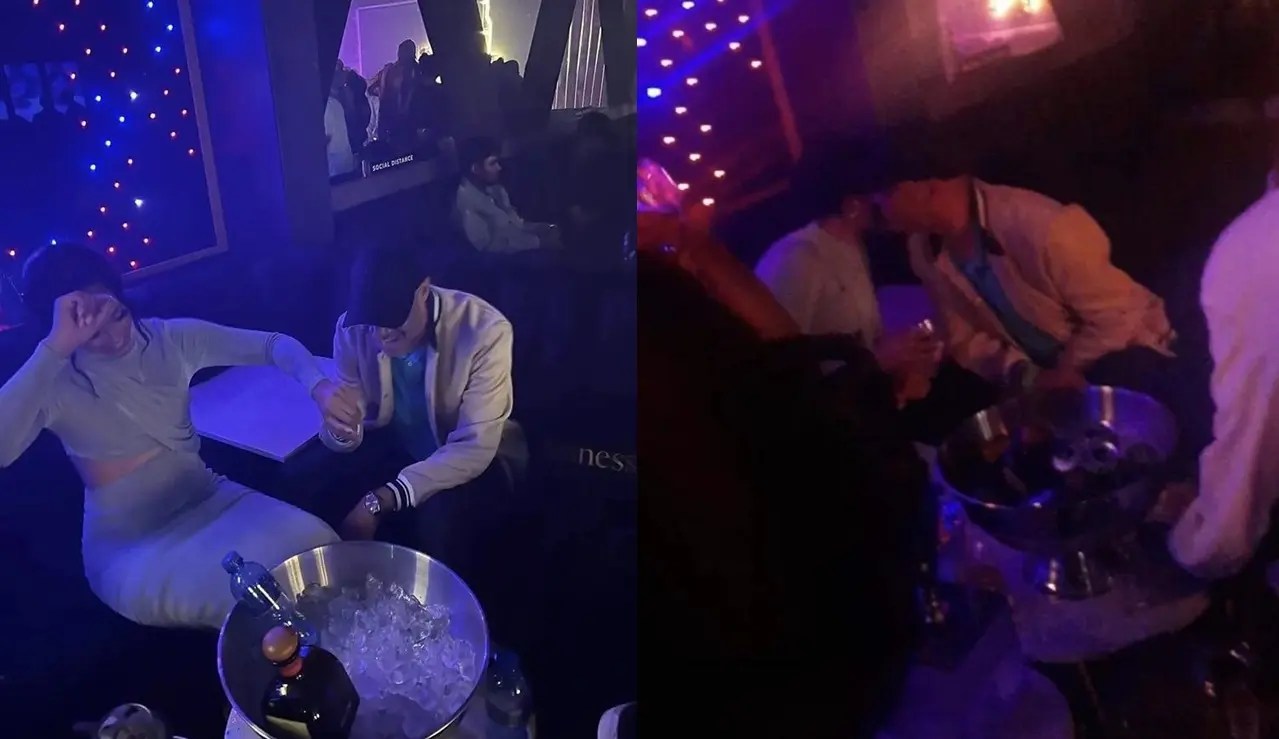 South Africa’s controversial YouTuber Slik Talk is no stranger to dragging SA celebs. Slik Talk is known for having a habit of lashing out with no qualms, and his remarks are often a topic of contention on social media.

The YouTuber has dragged Minnie Dlamini once again and he did not mince his words. This is after Musa Khawula alleged that his estranged ex-husband Quinton Jones has found love again in the arms of a woman named Kayla. Minnie and Quinton are in the process of getting divorced, but their private affairs have been making headlines lately.

The pair has not been catching a break since Musa Khawula alleged that Quinton ended their marriage after discovering Minnie was allegedly cheating on him. He alleged that Minnie was romantically linked with businessman Edwin Sodi, who is rumoured to have blessed several female celebs.

Minnie did not escape Slik Talk’s wrath, who said he’s proud that Quinton has a new girlfriend. In a video he uploaded on his YouTube channel, Slik Talk alleged that a lot of people knew what Quinton was getting himself into when he married Minnie.

“It took him four years and his girl to be piped by a corrupt businessman in order for this guy to find his manhood. Quinton Jones you played yourself as the biggest simper in the country. Everybody knows you got played, you were a sucker. We all knew what you were marrying but you didn’t know,” he said.

When the pair announced their divorce in a joint statement they pleaded for privacy, but Slik Talk says they publicized their wedding, however now, they want the public to “walk on eggshells when it comes to your marriage.”

“You cannot have a whole reality show on your wedding and when sh*t hits the fan, now you want privacy and everybody has to walk on eggshells when it comes to your marriage. You married somebody that was for the streets that’s what you married,” he said.

He went on to slam Minnie Dlamini calling her a failure “You are a failure of a wife, people don’t wanna talk about that Minnie Dlamini failed as a wife that’s a fact. She wasn’t woman enough to be a wife to this man and we all know it,” he said.

Popular podcaster MacG came under fire recently after he made an outrageous comparison between Minnie and Zodwa Wabantu. MacG made startling accusations against the two, claiming that they sell sex for a living.

“There is no difference between Minnie Dlamini and Zodwa Wabantu, they both sell p*ssy… One owns it, one doesn’t,” he claimed.

“That’s where my issue is and if you are selling pssy just say yeah and this is how I get my sht we won’t judge you. Who are we to judge we are not God, we are all hustling,” he continued.

Social media users weighed in on his remarks and condemned his sexist attitude. But, Slik Talk has defended him. The YouTuber said: Minnie Dlamini has been living a lifestyle without the work. She hasn’t been putting in the work, but she has been living an extravagant lifestyle.