Slik Talk disappears after Cassper Nyovest beat him up

Slik Talk disappears after Cassper Nyovest beat him up 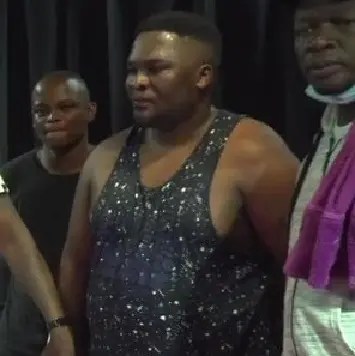 On 22 December this year, thousands of people watched as Cassper Nyovest and YouTuber Slik Talk entered a boxing ring. The fight was scheduled after Slik Talk bashed Cassper on his popular YouTube channel. Cassper challenged him to a fight and beat him down soon thereafter.

Now many are wondering why he hasn’t posted another video n his page where he usually slams local celebrities who he believes don’t deserve the fame.

Over the last few months, controversial YouTuber Slik Talk has become very well known on South African social media platforms. This is because he usually shares content about local celebrities that not many agree with.

His true claim to fame however came after rapper Cassper Nyovest challenged him to a boxing match. The match came and went, leaving Slik Talk badly bruised but R100 000 richer.

Ever since then, he has basically gone quiet on social media and this is something that many South Africans have noticed.

Where is he now?
A lot of them have subsequently headed online to question why he has gone all silent on them. Naturally, many jokes have also been made about how Cassper may have knocked him down into being a lot less vocal on YouTube.

Here are some of their comments:

“People spoke about how Cassper Nyovest will be making Slik Talk big and certifying him, he’s the biggest winner in that fight, not Cass, ah y all really believe ur stupid conspiracies 😂😂😂 where is Slik talk cause I know where Cass is? Trending as always!”

“He is the real beneficiary here. I didn’t know about this dude until Cassper asked him for a match. That match did the opposite of what Cassper hoped for, the numbers for his channel have significantly increased because of the spotlight “Doc Shebeleza” gave him.”