Skolopad becomes the first Mzansi celeb to get vaccinated

Skolopad becomes the first Mzansi celeb to get vaccinated 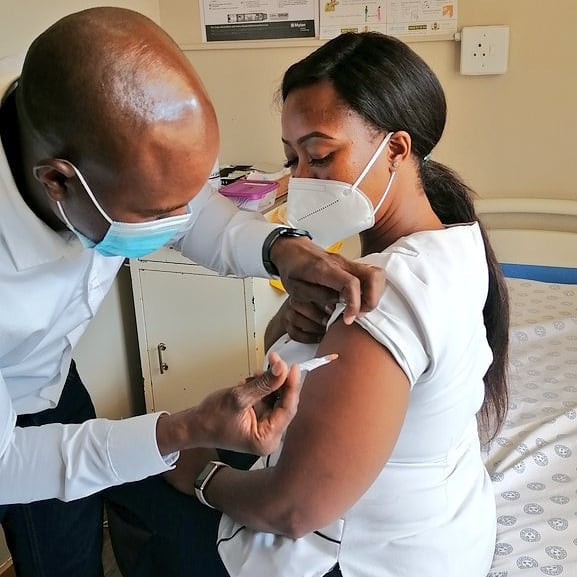 THE first media personality in Mzansi to get the Covid-19 vaccine is none other than Skolopad.

The performer, whose real name is Nonhlanhla Qwabe, received the jab as she’s also a nurse.

The singer, known for dressing in sexy outfits or not wearing anything at all, got vaccinated at a healthcare facility in the Free State on Monday. She said she’d let her fans know how she was doing a week later.

She said she prepared herself mentally before she got vaccinated as she knew what was good for her because she’s a health worker.

“The day after getting it I woke up and was feeling fine. I only had a bit of pain in the arm where I was injected,” she said.

However, the performer said she felt a bit fatigued on Wednesday.

“I still have pain in my arm but it’s mild. I think before the end of the week I’ll be fine and ready to rock and roll,” she said.

Skolopad said it’s important for health workers to get the jab.

“I’m on the front line and I had to be protected. Vaccines save lives and I encourage my fans not to be afraid, and to protect themselves and their loved ones,” she said.

The singer started getting known after she dropped jaws and shocked many when she attended the Feather Awards wearing nothing but a dress made out of meat. She was also involved in a rivalry with Zodwa Wabantu, who rose to fame for dancing without panties on.