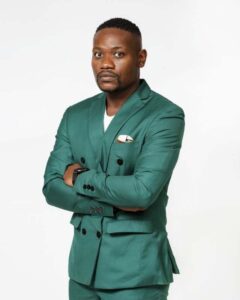 Seakamela’s death will cause tension in his household and cause a rift between Mantuli and her children. Fans of Skeem Saam have always wondered why Kwaito Seakamela played by Clement Maosa doesn’t look like his sibllings, Sthoko Seakamela and Pretty Seakamela.

If you take a good look at the three Seakamela siblings, you will notice that Kwaito is darker than Pretty and Sthoko and his nose is wider than his sisters, whilst they have smaller noses and have fairer skin tones. 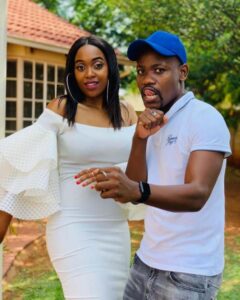 In April, Pretty Seakamela is going to remember a hurtful secret from her father’s last visit that involves a DNA test, which will result in Kwaito doing a formal paternity test.

Although the teasers do not reveal that Kwaito is not a Seakamela, this development in the storyline makes sense and reveals the casting directors true intensions with making Kwaito look strikingly different from all the Seakamela kids.

Aunt Rebecca and Charity will also get involved in the Seakamela’s secret, which will push Kwaito into the pursuit of finding out who he really is. Kwaito will only do a paternity test after Charity makes a shocking request to him after reading his palm.

A confused Kwaito will have doubts about what he is told by Kwaito but will get confirmation from Mr Kgomo that Charity is a legit medium who can see beyond. Mantuli will not realise until it’s too late that Kwaito is doing a paternity test behind her back and this revelation will cause a rift in their household. 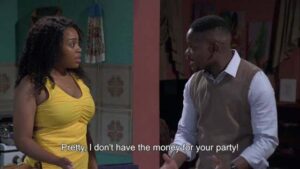 The results of the paternity test will leave Kwaito shocked and confused. He will probably go searching for his father and might turn on his whole family especially his mother.

We are going to see a desperate, sad and confused Mantuli in April! This means that Mantuli cheated on her husband whilst they were married and this might be the reason that Mantuli and Seakamela separated.

We also know that Mantuli might have felt lonely when her husband was travelling all the time, making music in Johannesburg. This might have resulted in Mantuli looking for love in another man’s arms…

But who is this mysterious man? Who is Kwaito Seakamela’s father?