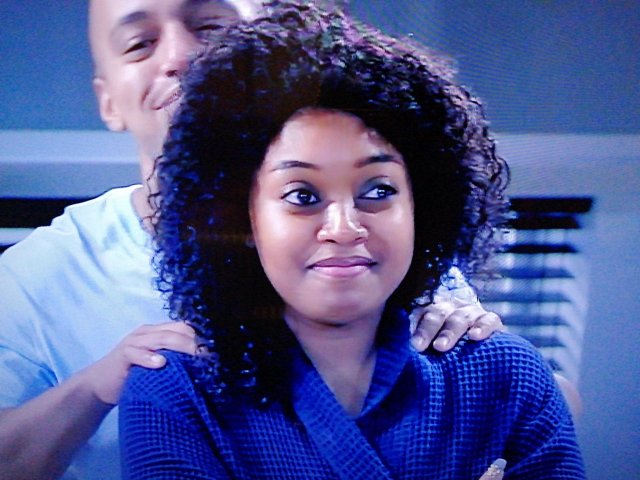 After seeing a decline in their viewership a couple of months back, it appears the writers of Skeem Saam have pulled up their socks and fans are getting the content that made them look forward to 18h30 on weekdays.

Following the storyline about who is Kwaito’s biological father, more drama has unfolded in the show – Pretty and Lehasa have a fling.

Pretty ran off to Joburg after struggling to come to terms that Kwaito is her half brother. What was supposed to be some time clear her head ended up in a situation that could break many hearts. The two have already shared a bed and it appears that they are falling for one another. However, Turfloop people are not that fond of Lehasa as he’s ruined many lives in the past and Kat (Pretty’s boyfriend) is leasing one of his properties for his Kapsys Restaurant.

Fans of the show have taken to social media to weigh in on the situation and some of the reactions are priceless. Tweeps are mocking the fact that Kat stole Pretty from Nimza and now he is getting a taste of his own medicine.
In other news, Leshole bagged another flight gig but fans don’t trust his new employer as he appears very shady.

Hayi guys.. I don't like what the writers are doing to leshole💔 #SkeemSaam pic.twitter.com/kE1eqUNjSx

Pretty is Leveling up, from Nimza the student, to Kat the entrepreneur, to Lehasa the multi millionaire business mogul #SkeemSaam pic.twitter.com/fMoYXujhAx