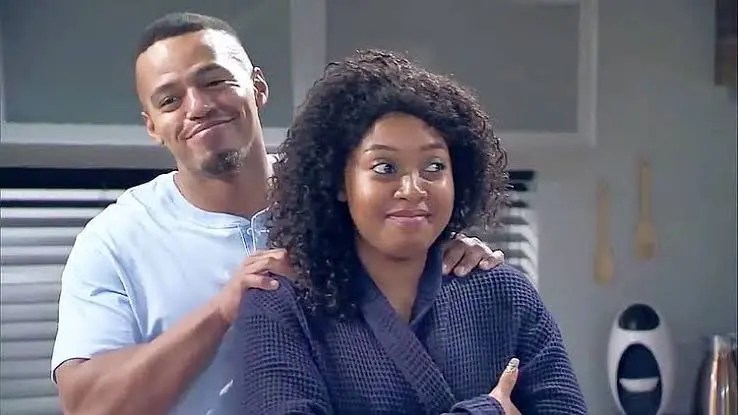 Lehasa Maphosa’s craving to be a father will outdo his feelings for Nothile at some point in their relationship. He’s always wanted children and won’t make peace with the fact that she can’t bear him children.

Pretty (Lerato Marabe) has always wanted to be with a handsome and wealthy man like Lehasa (Cedric Fourie).

Lehasa is the man of her dreams in judgment with all the men she dated in Turfloop.
She levelled up, from Nimza (Buhle Maseko) the student, Kat (Patrick Seleka) the entrepreneur, to Lehasa the multi-millionaire business mogul.

Nothile is the woman of his dreams but the pair will eventually break up because she can’t bear him children and doesn’t want to have children.

Lehasa will be devastated when he learns that Pretty terminated her pregnancy because Nothile can’t have children.

He will feel punished and blame himself for Pretty’s decision because he rejected her family when they visited him.

Nothile informed Lehasa that she’d be willing to adopt his and Pretty’s baby because she could see how much Lehasa wanted to be a father. Nothile (Mbali Mavimbela) reminds Lehasa of his ex-wife, Zandile Maphosa (Matshepo Maleme) who passed away from cancer.

He is re-living the same ordeal when his wife couldn’t give him children because she was sick and will need another woman to carry his baby.

He asked Lelo (Amanda du Pont) to be a surrogate for him and his late wife and might get tempted to ask Pretty to be his and Nothile’s surrogate.