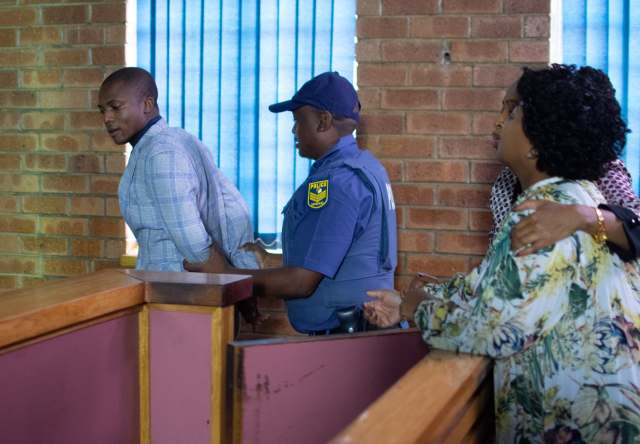 Viewsers of Skeem Saam are very worried after Noah was sentenced to 10 years in prison.

Diehard fans of the show were left questioning whether the last episode was the end of the character as they’d been enjoying the storyline.

Austin Mothapo, who plays the troubled young man on the SABC1 series, has good news for fans.

“This is not the end for Noah,” said Austin.

“There will be a surprising twist to his storyline and it’s going to keep viewers entertained and on the edge of their seats.

“They have all come to know that nothing is impossible when it comes to Noah.

“Even jumping off the balcony couldn’t keep him down. It’s a pity I can’t share more than that.”
The actor said playing Noah hadn’t been easy.

“He’s very complex. It’s been a nice challenge bringing him to life and I enjoy myself every day.

“He takes my emotions on a roller coaster and sometimes puts me in a dark space.

“I’m not a person that likes to open up about my emotions and I get to express myself through him. However, it has not been psychologically draining.”

Austin said in real life he’s nothing like Noah.

“He has a dark cloud over him, but I’m a happy, chilled and bubbly guy. I’m all about family, which is something Noah has not had for a long time,” he said.

Austin, whose acting is sometimes criticised, said: “This was my first TV job and I think I’m doing quite well. I can only hope to grow better and better.”

“The people playing the Maputla family to be specific are the best people to be around.

“The wisdom they share and the jokes they make off set are amazing.”