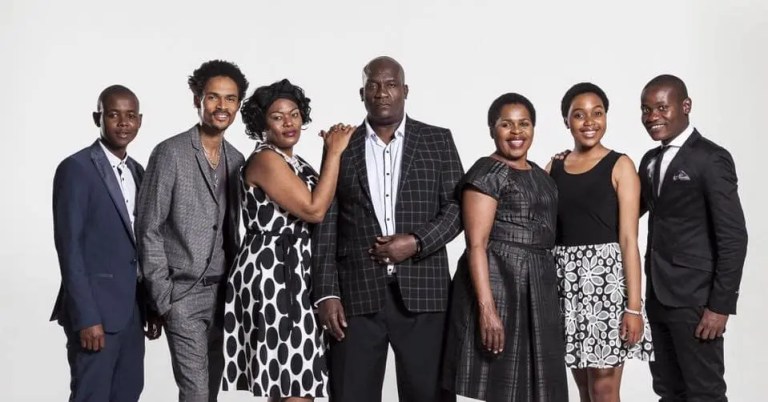 Coming up on Skeem Saam in December 2021: Lehasa cracks his skull trying to figure out which one of his enemies sent the cryptic note. Alfios puts himself back on Babeile’s radar. John struggles to adjust being alone in the house.

Things take a turn for the worse, when Nothile finds Lehasa dining with her family nemesis. An officer of the law pays Glenda a visit regarding her affiliation with Alfred and Alfios. John is shocked to learn about Leeto’s plan to keep Meikie out of prison.

Eunice finds a USB stick with incriminating evidence against a dangerous man. Mr. Mavimbela makes it very hard for Lehasa to talk to his girl. Meikie gives up all hope.

Meikie’s fate is delivered and she accepts it stoically. Lehasa is furious when a mystery person plays mind games with him. Alfios makes an emotional declaration to a potential love interest.

Lehasa cracks his skull trying to figure out which one of his enemies sent the cryptic note. Alfios puts himself back on Babeile’s radar. John struggles to adjust being alone in the house.

Lehasa’s skeletons come tumbling out of the closet. Charles is peeved when the Magongwas turn his son down again. Babeile discovers something about a suspect that prompts him to investigate them further.

Lehasa is perplexed when he learns whom the number on the ‘ubulele’ note belongs to. Charles wants nothing to do with the Magongwas. Glenda chickens out of telling Alfios the truth.

Lehasa is thrown when someone makes out that he was at the hospital the night Fanie died. Charles spills his guts regarding what he really feels about his business partnership with the Magongwas. Ever so gently, Glenda rejects Alfios.

Lehasa cooks up a plan to silence Anelisa. Kwaito is forced to re-look at his relationship with John. The Magongwa’s fall out with Charles gets the attention of the police.

Khwezi is disturbed when she learns that Anelisa didn’t pitch for work. John is alarmed when he wakes up in an unfamiliar place. Alfred gets a visit from a police officer about the varsity tender.

Lehasa is shocked when Khwezi makes a startling declaration. Alfred and Celia are forced to lie to Bushang and Mahlatse. An emotional father and son start to make small inroads.

Petersen makes a discovery that makes Lehasa squirm. Nimza has a blunder on campus while trying to pay Alfios. Charles makes a drastic decision to secure the future of his shop.

Kgosi’s children are dumped at Rovuwa flipping his world upside down. Alfios’ payment disappears. Lehasa gets Khwezi to agree to go to Lesotho with him.

Kgosi’s children might cause him to lose his job. Khwezi and Lehasa have their first fight as they prepare to go on a vacation. Sthoko’s stokvel saves the Seakamelas from a bleak December.

Two of Lehasa’s enemies decide to take action. An emotional Alfios is reminded of his shortcomings. Newfound father and son try hard to repair their relationship but it’s not easy.

The shareholders gang up on Lehasa as he defends an incompetent manager. Nimza fumes when Alfios takes drastic measures to stand up for himself. Sthoko is worried about the financial burden of the arrival of additional family members.

Petersen is back on a case that threatens Lehasa’s freedom. Alfred is forced to cut his vacation short when he hears of Alfios’ bold move. Kwaito takes a step that warms John’s heart.

Chef Kgosi gets a visit from an officer of the law for questioning. The walls are slowly closing in on Lehasa. Nandi is unsettled to learn about hidden food in the Seakamela house.

Kgosi is spooked when Petersen warns him about his ally. Christmas celebrations at the Maputlas kick off to a full house. Alfred swears to make Alfios pay for his insubordination.

Lehasa is spooked when Petersen implicates someone close to him in Fanie’s murder. Alfred gives Alfios an unfair ultimatum. All is well again as the Ntulis bid Turf goodbye.

Bontle is determined to bring Kgosi down, but it seems that her boss might feel the whip too. Babeile decides to question Alfred – officially. Leeto is smitten by a certain lady.

Petersen has his hooks into Lehasa, and he doesn’t like it one bit. Joy freaks out when she wakes up in someone’s arms. The Magongwas are summoned to the police station by an officer of the law.

A duo set on finding justice for their late friend are shaken by their enemy’s wrath. Alfred realises the importance of family and comes up with his own brilliant idea. Joy and Leeto’s romance takes off at an unprecedented speed.

The chickens have come home to roost for Lehasa. The Magongwas host a New Year’s Eve Braai. The attraction between Leeto and Joy is palpable as they paint the town red.

Skeem Saam airs on SABC1 Mondays to Fridays at 18h30.