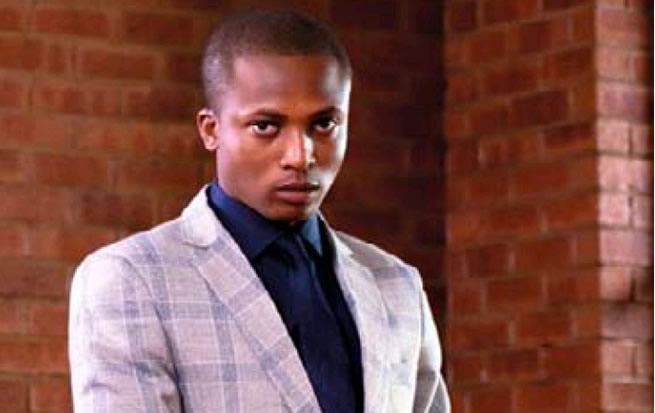 The day of reckoning finally arrives for Turfloop’s firestarter Noah (Austin Mothapo). Following almost two years of a messy cat-and mouse game between police and a handful of suspects, Noah is ready to own up to his role in setting the Maphosa Nuts factory blaze in July 2019. “He’s gotten to a point where he feels that it’s best to tell the truth,” explains Austin. “Noah wants to do what’s right and he knows that he can’t hide such a truth forever.” But how will his confession go down with those around him?

Sadly, Noah’s mother Mokgadi (Pebetsi Matlaila) and grandmother Mary (Motshabi Tyelele) don’t share Noah’s need for honesty. Instead, they’re still fighting hard to keep their young family member quiet and out of jail. “They don’t think he belongs in prison, and that his initial intention wasn’t to hurt anyone in the first place,” says Austin. But the reality is that someone didn’t just get hurt, they died as a result of Noah’s careless actions. Who could forget when Turf residents realised that Koloi’s (Tshepo Senatle) mom Ma Koloi (Suzan Nakedi Leshabane) perished in the devastating fire? All of this has been a heavy burden for Noah to carry and, according to Austin, he’s had enough of the lies. “He might just feel a weight lifted from his shoulders,” explains the actor of his character’s willingness to come clean. “The consequences in the future might also have a negative effect on his mental state – it’s not easy living a normal life knowing that you’re the cause of a life lost. It’s just too bad that ’fessing up won’t bring his friend’s mother back to life…”

The idea of telling the authorities everything is a daunting one, admits Austin. Not only has Noah been hiding this dark secret for far too long, but the very real prospect of going to prison keeps him up at night. “He feels scared. He can’t do the things that he’s always wanted to do. He wanted to travel the world and go to university, but now those things all seem like a very distant dream.” However, if Noah thinks that his moment of owning up will come easy, we have bad news for him.

Having gotten a whiff of Noah’s plan to tell all, Mary and Mokgadi work fervently to ensure their precious boy keeps his mouth shut. “But the more they mollycoddle him, the more he tries to get away from them,” warns Austin. “It ultimately leads to him pulling a disappearing act.” Realising that Noah has no intention to zip it, Mary and Mokgadi resort to drastic measures to ensure he doesn’t go running his mouth just yet. “They do the obvious thing,” Austin says jokingly. “They try to hold him hostage until the trial so that they can watch over his every move, who he calls, who he talks to.” The ladies get so desperate that they eventually kidnap Noah. “Can you believe that?” exclaims Austin. “‘Anything to stop Noah from sabotaging himself,’ is what Mary likes to say.” Naturally, Noah is traumatised by his supposed kidnapping. But Austin assures us that not even something this extreme is enough to dissuade his character from confessing. He will just find another way to tell his story.

Despite being locked away with his lawyer stepdad Leeto (Eric Macheru) keeping a watchful eye on him, Noah makes it his mission to blurt out the truth once and for all. But Mary has already put another plan in motion to ensure the police question his version of events should he eventually spill the beans. “She tells police that Noah is mentally unstable,” says Austin. “She warns them that if he says anything, it should be taken with a pinch of salt because it might not be the truth. It might seem true only in his mind.”

HELL IN A CELL?

Locked up and silenced, Noah is almost out of options – until he meets with his lawyer Kobus (Anton Dekker). “He finds a way to tell Kobus the truth,” reveals Austin. Realising his client is in a precarious position, Kobus takes it upon himself to ensure Noah has his eventual day in court. Kobus tries everything to keep Noah safe. And it works! When the day of Noah’s trial arrives, Noah and Kobus’s plan will see the truth is revealed – and Mary and Mokgadi won’t see it coming. “Oh, they freak out!” says Austin of the women’s reaction to Noah’s admission in court. “Obviously, by then it’s too late. No amount of money, no shenanigans or lies can change Noah’s fate now.”

Having owned up to the arson, Noah is led away in handcuffs. And if you think that’s the end of the drama, think again. Austin says his character’s first night in a cell is daunting – and it has little to do with the food or sleeping arrangements. Instead, Noah’s cellmate leaves the new inmate stunned! “Noah knows who it is, but the viewers don’t really see anything at first. But from the reaction on his face, it may be someone that Noah knows.” Who could the mystery prisoner be? Austin isn’t saying a word, simply rubbing his hands together and giving a menacing grin.

Noah has been through the most and, honestly, we’re relieved to see him finally face the consequences of his dastardly actions. He’s been a pain in his parents’ side long before the factory fire drama and has literally gotten away with murder.

Noah has stolen from family and friends. Things got out of hand in 2018 when he was caught stealing a staggering R5 000 from his parents! And instead of teaching him a lesson, Noah was simply grounded for a few days, then free to plot again.

Also in 2018, we saw Noah plan and unsuccessfully execute a robbery at Leeto’s Maputla Supermarket. Following the failed robbery, Noah’s step-uncle Tbose (Cornet Mamabolo) found out about the crime and confronted Noah. In response, Noah stabbed Tbose with a knife, nearly killing him.

Noah was almost expelled from school for plagiarism in 2019 after he took Turf’s eccentric poet Wallet’s (Molefi Monaisa) beautiful writing and submitted it as his own for a school project.

The teen’s constant lies and legal woes eventually led to Leeto and Mokgadi divorcing late last year. Despite this, his mom still protects him from the fallout of his stunts.

Melita struggled to keep her catering business afloat, and Lehasa invited Fanie to a meeting.

Noah accidentally tells someone a secret and Leeto is stunned when he finds out. Fanie puts pressure on Lehasa after helping him, Melita is taken to hospital, and Bopape is fuming when he finds out about Noah’s secret. Kobus the lawyer can’t believe what he’s hearing from Noah, and Lehasa lashes out at Fanie in the middle of Cafe Rovuwa.

Celia uncovers her husband Alfred’s secret new business, and Leeto’s career dreams come true. Sis Ouma is speechless after seeing just how bad Melita’s health is, and Leeto manages to lie to Mokgadi and Mary again. Alfios thinks that he’s got one up on Melita, and Koloi has an emotional breakdown after realising that he has been mislead. MaNtuli later finds a document that exposes a number of secrets.

Noah meets his prison cell-mate, and Alfred is ready to celebrate his business success but Celia is far more cautious.