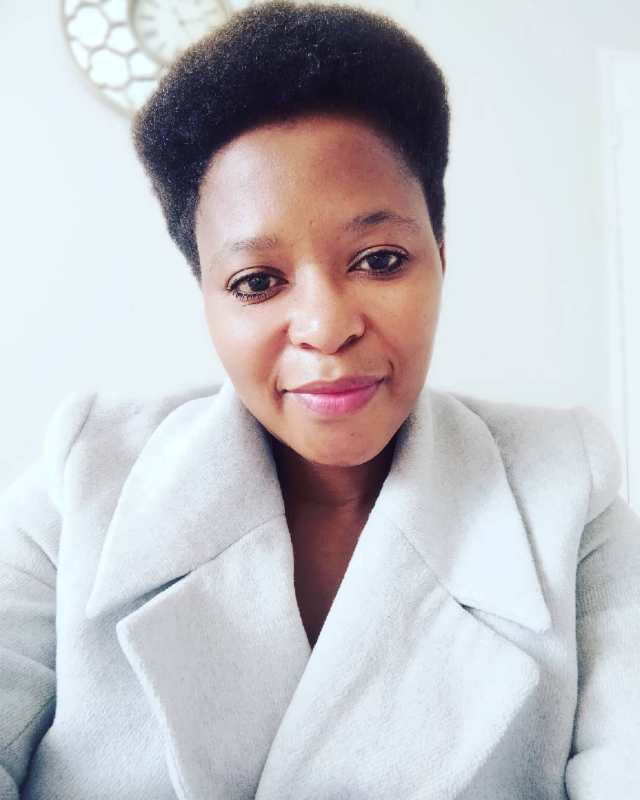 Skeem Saam’s Mokgadi Matloga real name Pebetsi Matlaila who mostly keeps her family life private recently gave her followers a glimpse into her private life. The actress melted hearts after sharing a snap of her daughter holding her newborn. 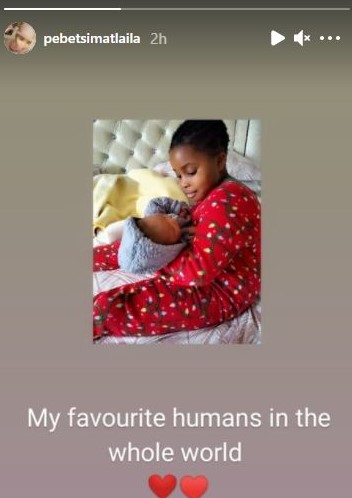 Just the other week she showed off her hubby fast asleep with their daughter. “With him, Baby Q just falls asleep easily BUT when it comes to me, I have to bribe her with a boob first b4 she falls asleep.” 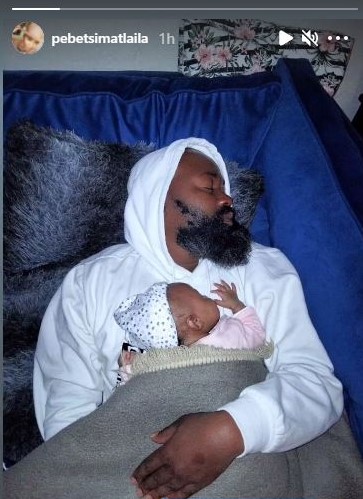 Following reports that suggested that she had given birth, the star saw it fit to give her fans an update on her pregnancy. She took to her IG stories to reveal that she almost lost her life.

“I don’t know yet, how I survived, I’m told most women with pre-eclampsia don’t. I cannot wrap my head around it yet or comprehend what happened. I am told we were brought back from death and shocked Dr. One day I will share the story. I don’t know why God chose us. For now, I appreciate health, and deeply grateful for life.” She posted.

“Since this year began actually, my existence on earth has been tried and tested. High health risks, car accident, Depression and Anxiety, fatally challenging birth experience. So literally, God gave me a second chance at life. I will never take it for granted again”, she further added.

Quoting scripture from the Bible, the new mom said that she doesn’t believe that it was just by pure luck that she and her baby survived. She believes a much higher power was in play.

The star then posted about how God has gotten her out of the darkest times of her life. “God’s promise is that: No weapon formed against me shall prosper. I like to joke and say, I am one of God’s favourites. Because of his constant favour upon my life. Some may just look at it as pure luck. But God always favours me in ways that I even get surprised. This near-death experience, which doctors are calling a miracle, said to me… God is not done with me yet. I wanted to get comfortable and complacent, God shook me and woke me up, literally.”