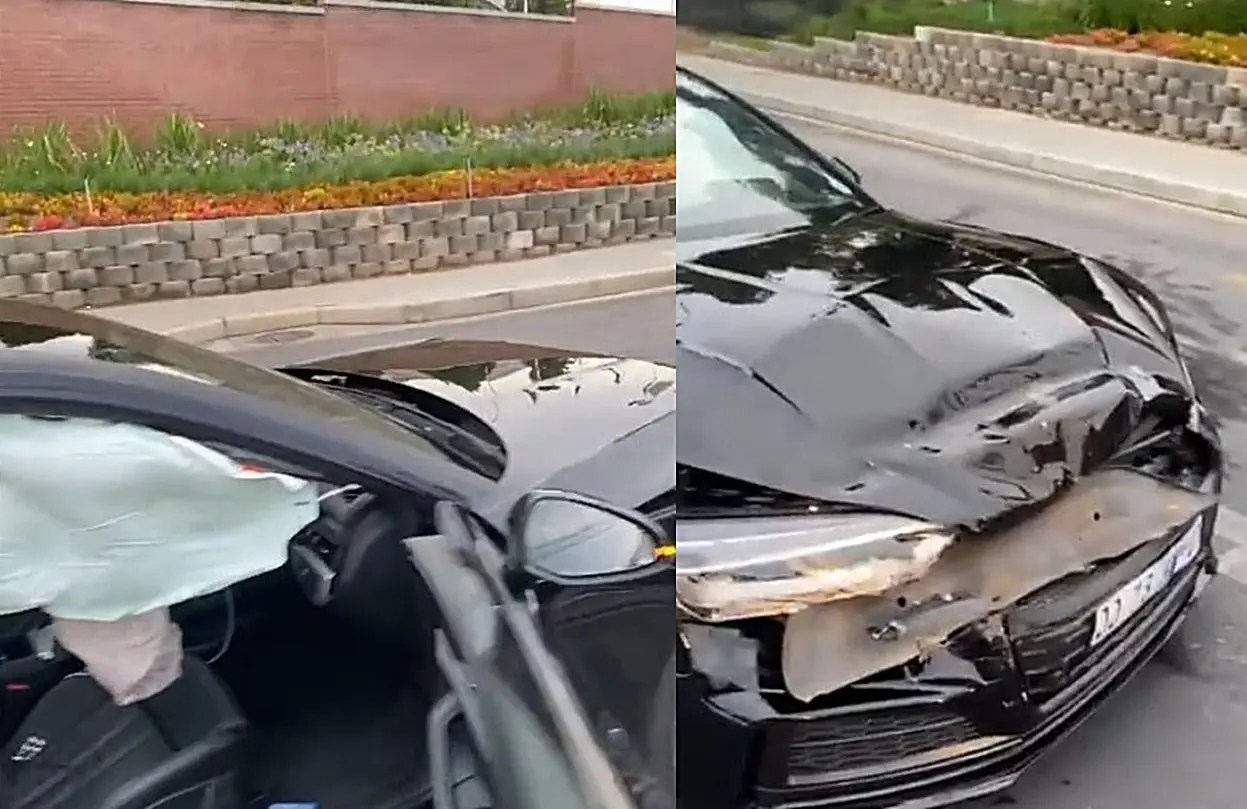 Skeem Saam has been wowing Mzansi for decades. No doubt its starstudded cast makes us fall in love with the drama series more.

No doubt one can not talk about Skeem Saam without implicating Eric Macheru into the equation. Macheru is a celebrated South African actor best known as Leeto Maputla on the SABC 1 drama series.

The 35-year-old is making all sorts of headlines for the wrong reasons of late. A woman named Refliwe Maleka took it to Twitter to share a series of videos and pictures of the drunk actor.

However, she also gave a detailed account of how Eric was involved in a hit and run incident in which he tried to flee from after ramming two cars.

According to Refliwe Maleka, the seasoned actor was drunk and rammed into a car and injured a passager. Upon realising his offence, he tried to run away, and in the process, he also rammed Refliwe Maleka, Mazda. The complainant has since shared videos of the actor who is seen drunk and failing to stand independently.

This man was drunk AF at 16:00 in the afternoon. Hit a man's car and the passenger was injured. He hit my car while trying to flee the scene. I was with my 6 month old twins. He still tried to leave before the police arrived. pic.twitter.com/qolxISXkIx

The black Mazda is my car. He reversed into it and to this day, still refuses to cooperate with my insurance as they try to recover the amount I paid for excess and how much the insurer spent fixing my car. The most damaged car was his uninsured Audi. 🤦🏾‍♀️ pic.twitter.com/7N5I6KiHRT

Maleka has it that the actor disappeared in thin air without offering assistance to the casualties he had injured in the mix of things. Moreover, Maleka has it that she was with her twins, who are just six months old, when the accident happened.

What’s so puzzling is the fact that the police has to let go of the actor scot-free. Even up to now, rumour has it nothing was done to the actor. Maleka has it that the actor has since ghosted on her after asking her to pay the remaining balance incurred in fixing the damaged car.

Word of the street has it that the actor was driving his luxurious Audi. However, in the mix of things, the seasoned actor is yet to respond to the daring allegations.

Well, in the wake of this hit and run accident, the actor has himself topping trends. No doubt Mzansi has been trying to connect the dots when it comes to Leeto oof-screen life.

The seasoned actor was born in Polokwane, Limpopo, South Africa, on 25 February 1986. Apart from acting, he doubled as a soccer player and was once part of the Ajax CapeTown before training with Tottenham Hotspurs.