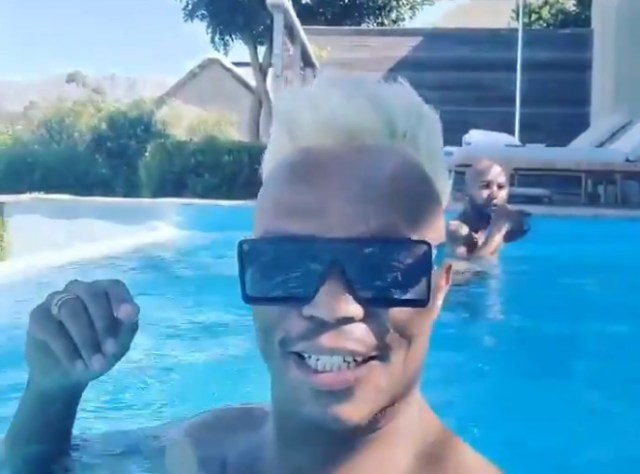 Somizi Mhlongo and Vusi Nova are fun drenched in a beautiful but serene environment in South Africa. The duo made followers know on Friday that they are jetting off for pleasure.

Waking up on Saturday morning, Somizi shared a sizzling video of himself with Vusi in the swimming pool. The radio star and singer also shared other lovely photos of themselves being fun drenched.

However, some South Africans have chosen to mind their business, after being bashed by Som for assuming that the two were dating.