Siya Kolisi wants to mend his relationship with his dad

Siya Kolisi wants to mend his relationship with his dad 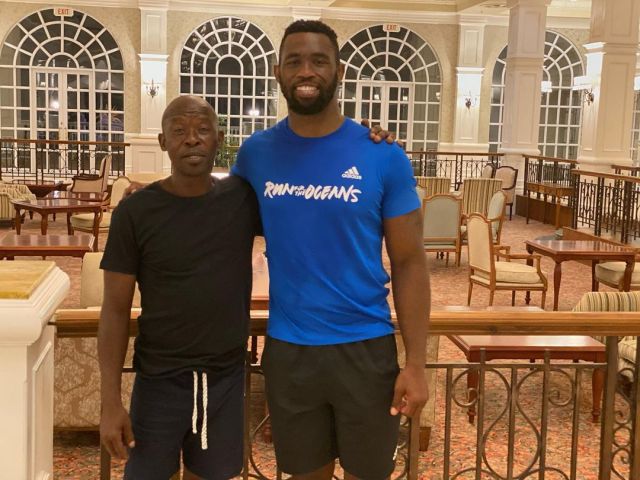 Springbok captain Siya Kolisi has taken to social media to let his fans and followers know that he is focused on building a relationship with his father, Fezakele Kolisi, no matter how long it takes.

Kolisi posted two pictures on his Instagram page from his hometown, Port Elizabeth. The first was of him at the beach, and the other was with his dad.

In a very lengthy caption, Kolisi admitted that he slept lighter after having a “deep” talk with his dad.

He also mentioned that his relationship with his dad was important to him and he would keep fighting for it.

“I slept with a light heart phezolo, because i had a much-needed deep conversation with my father.

“I’m not sure about the relationship between time and healing, but I now know that in time we can grow the courage we need in order to take the first steps towards healing.

“The relationship with this man is important to me and I’m glad for the opportunity and strength to keep fighting for it. oGqwashu, oGxiya , oManzini , oLawu abahle ☺️”, wrote Kolisi.

Kolisi grew up in the township of Zwide, outside PE, and spent his childhood with his grandmother, after his mother died when he was 15 years old.

He did not really have a relationship with his dad.

However, Kolisi made sure his dad was on the stands watching him as he led the Springboks to victory in the 2019 Rugby World Cup.

Kolisi also made an impression with his fans.

Zuko Miko wrote: “Not many have an opportunity to call someone dad, im glad you putting aside all the negative and focusing on growing a relationship ne tyma. It takes courage bro. Indoda yenjenje yihlo 👏🏾”.

And Mwmashua said: “Thank you and well done. Even for those who have the opportunity, it is still not an easy thing to do.

“It is tempting to just accept the type of relationship that you’ve inherited and hope it doesn’t get worse with time.

“Easier to follow the trajectory than this form of active resistance. Thank you for your inspiration. #Lidashipu ✊🏾✊🏾✊🏾”.