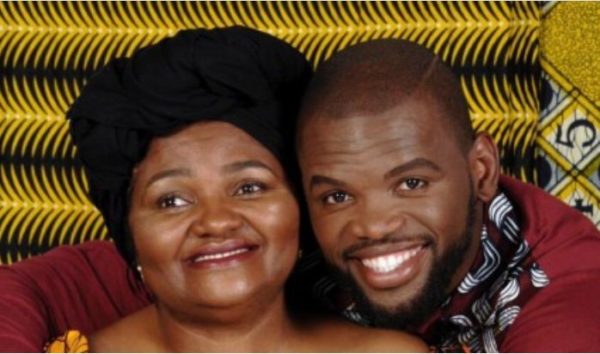 Siv Ngesi has taken to his social media to remember his late mother, Jacqueline.

In August, the star mourned the death of his mother.

Siv said his mother, Jacqueline passed away at the age of 67.
However, Siv is still struggling with the loss of his mother.

Taking to Twitter, Ngesi shares a perfectly perfect photo while standing next to his mother’s portrait at her funeral.

Many of his friends and family sent their condolences to him.