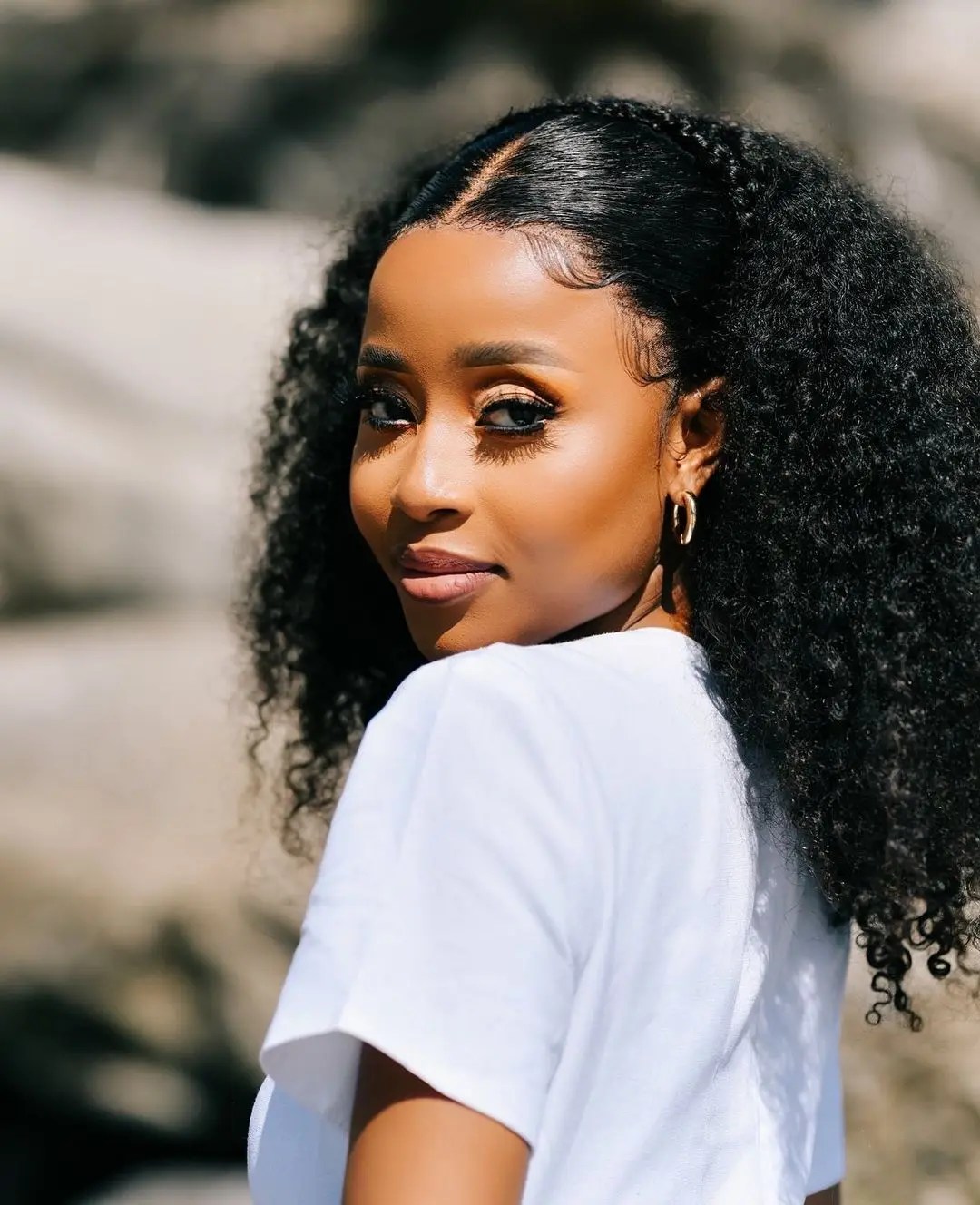 Ze Shozi who is just as spicy and shady on social media as her better half sister Sithelo Shozi is done playing the victim. As she takes to social media to name and shame her husband as she celebrates new achievements in her life post-divorce. 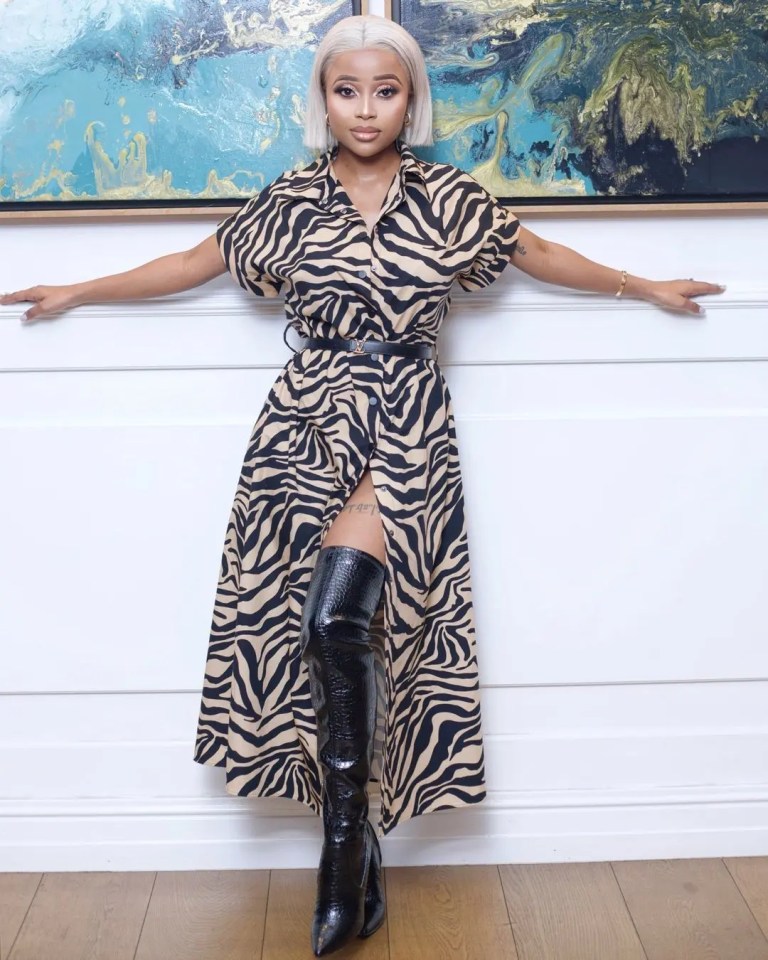 While celebrating the new job that she just bagged, Ze Shozi took to Twitter to name and shame her ex-husband whom she referred to as being a stumbling block in her life.

“moving to a new city, starting my dream job, financially free, & all in 1 month. moral of the story, identify that block in your life & cut him off sis” wrote Zee Shozi

“moving to a new city, starting my dream job, financially free, & all in 1 month. moral of the story, identify that block in your life & cut him off sis 🙃”

Earlier Ze Shozi took to Twitter in another cryptic tweet where she shared about finding out that her partner (husband) had an entire life outside of their marriage. After sharing those details about her marriage, she was trolled on Twitter and called out by so many except for not hers.

Finding out your partner has an entire life outside of your marriage will never not surprise me. 🙂

Ze Shozi went as far as throwing a divorce party to celebrate being single yet again. Taking to Instagram she shared a picture with a cake with ‘divorce af’ on it, to let her fans and followers know that she has since left her husband who was allegedly cheating on her. 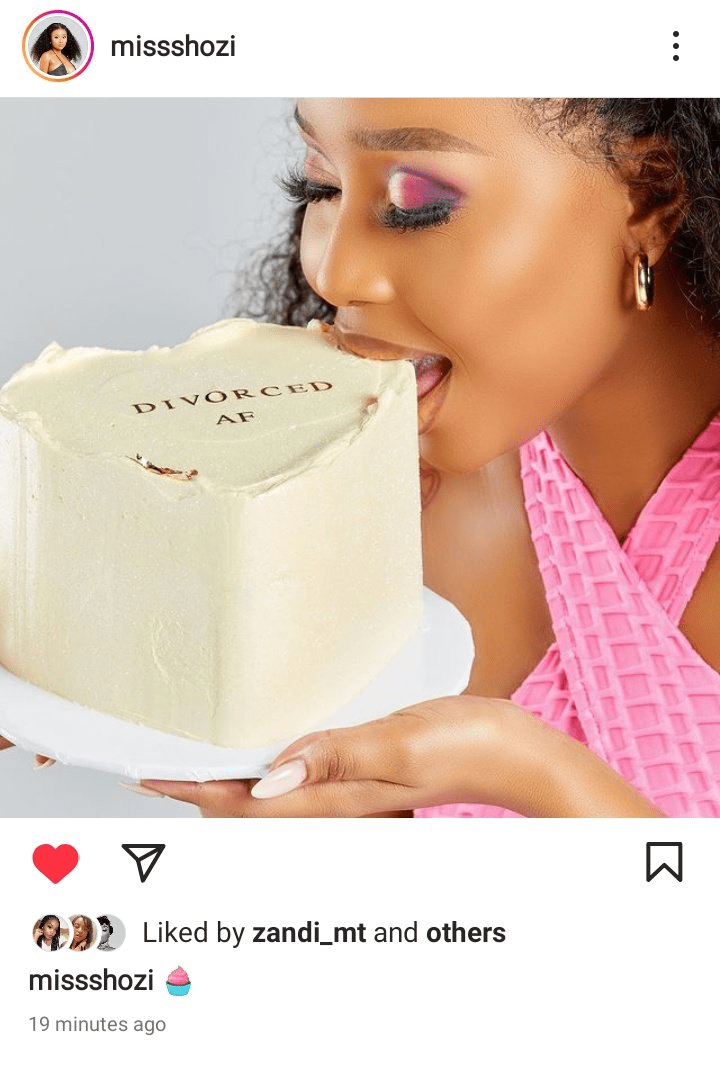 Some tweeps were certainly not sympathetic with Ze Shozi once they heard the news about her divorce. Taking to social media to remind her of her past dealings, reckless tweets, character, and virtue in other people’s business, which came all back to bite her in the behind.

OMG I just remembered that Miss Shozi blocked me bc I was laughing at Mamkhize's ugly dress. She said we don't understand fashion bc we are poor. pic.twitter.com/40emxaglQN

She said asina mali and we must continue shopping at Woolies 😭 https://t.co/ncywHCEDWf

We would like to wish Ze Shozi everything amazing that the future will bring her.