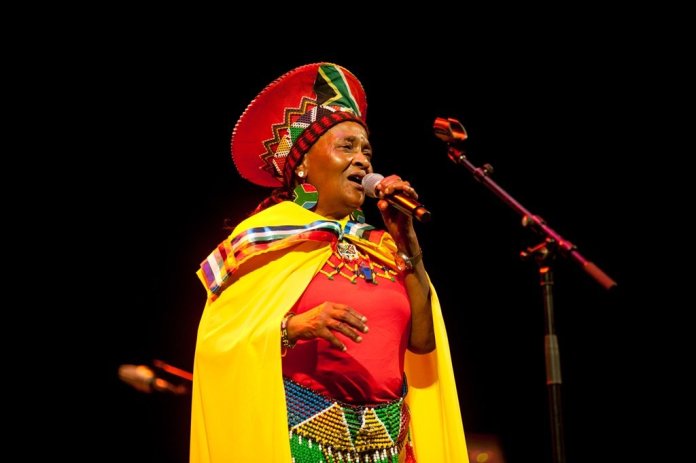 The details of the memorial service for mbaqanga legend Nobesuthu Mbadu have been announced.

According to family spokeswoman Vanessa Tloubatla, the service for the Mahotella Queen group member will be held next week Tuesday, 7 September.

“But due to Covid-19 restrictions only a limited number of people have been invited to attend and those that cannot attend can stream live the proceedings on the Mahotella Queens social media pages,” she said.

She also revealed the details of the funeral service will be shared soon as they are waiting for Westpark Cemetery to confirm.

Speaking to Daily Sun about the passing of Nobesuthu, who died of kidney failure at Thelle Mogoerane Hospital in Vosloorus, Ekurhuleni on Tuesday, 31 August, Vanessa said everyone was devastated.

Vanessa described Nobesuthu as a fun, loving and caring woman.

“She was an amazing human being and very quiet by nature. She always shied away from the spotlight but once she was on stage, she’d light up and come alive. She was an amazing songwriter and producer. This is a huge loss for the music industry.”

Mam’Nobesuthu, as she was affectionately known, joined the Mahotella Queens in 1964 when she was 19 years old, alongside Hilda Tloubatla, Juliet Mazamisa, Ethel Mngomezulu and Mildred Mangxola.

The group is noted for their distinct vocal harmonies, guitar-led mbaqanga music, and fast stage dancing.