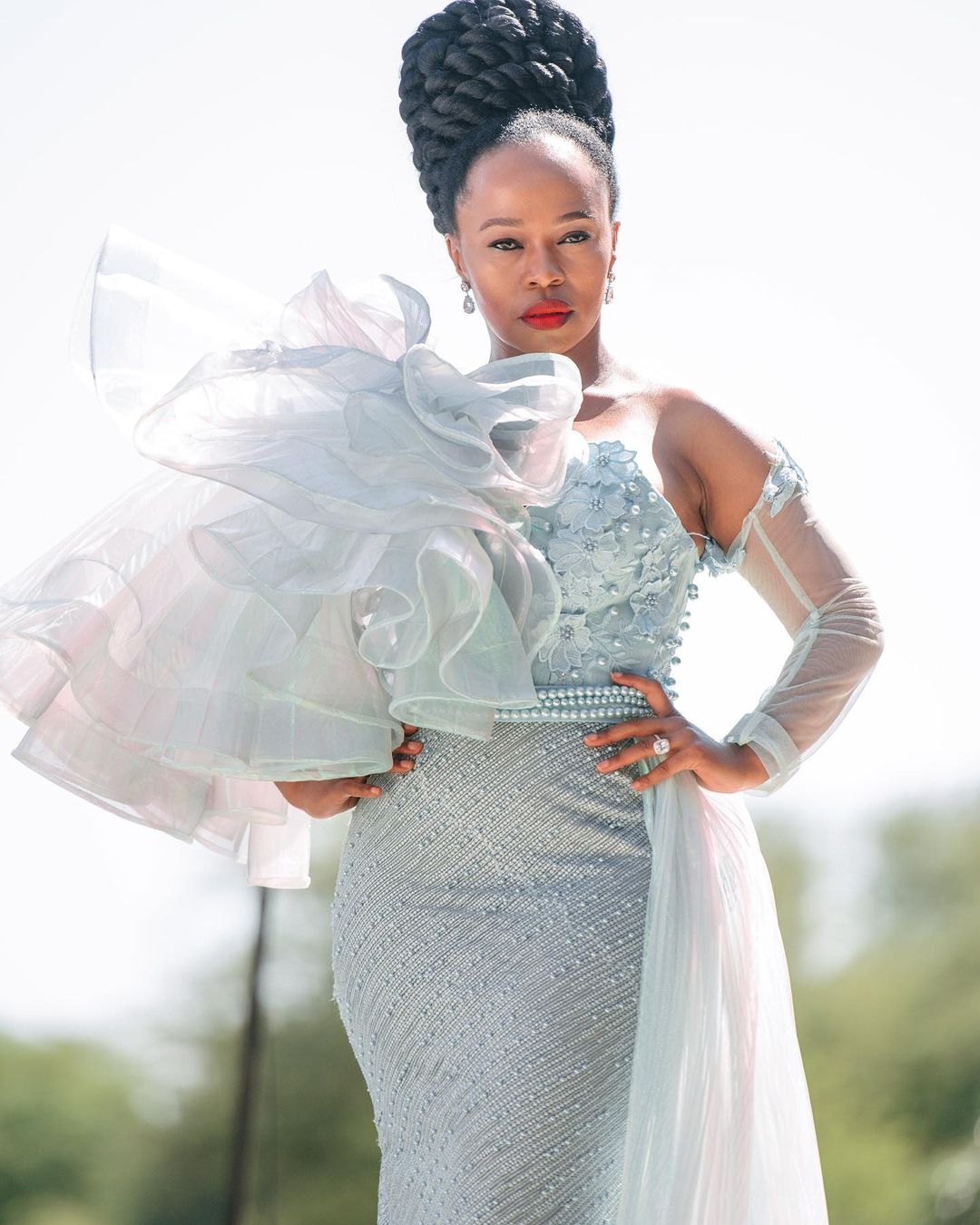 South Africa boasts of so many talented actresses that have taken the nation’s entertainment industry to a whole new level.

Sindi Dlathu is currently married to Okielant Nkosi, they have two children, however, she keeps a tight cover on her family and private family. To this day, her children and husband have never been written about in the media.

Although there isn’t much information available about Sindi’s family, Sindi, however, is one Mzansi’s celebs who have a twin. Her twin sister is called Zanele Sangweni. The sister is married to Matome Meela, a local businessman who owns a pawn shop and sells used cars in Soweto.

Sindi was born on the 4th of January 1974 in Meadowlands, Soweto Johannesburg in the Gauteng province of South Africa. She is 46 years old.
Instagram content not found (Possibly removed by the user)
Link: https://www.instagram.com/p/B2Zf4KLA8IU/?utm_source=ig_embed&utm_campaign=loading

When she was 12 years old she entered a talent competition, A Shell Road Fame, she did not win, but she reached the finals. She received mentorship from Mahotella Queens, a member of the famed South African Mbhaqanga band.

Dlathu was cast as the lead role’s understudy in the stage version of Sarafina!, playing to packed houses. In the screen version, she worked alongside Whoopi Goldberg and was commissioned as an assistant choreographer to Michael Peters.

After touring the US with the play in 1989 Dlathu then returned to school after four years of being with Mbongeni Ngema’s artists. She completed her matric in 1996 and in 1997 she was in the FNB Vita Award-winning Game, where she performed with Mary Twala, Abigail Kubeka, and Nomhle Nkonyeni.

In 2017, being the talented actress that she is, Sindi Dlathu held her first Master Class in Botswana where all aspiring actors were invited to showcase their talent and Sindi could give them some guidance.

Acting 101, join me and my team for the first ever master class we will be hosting in Botswana #MasterClassWithSindi pic.twitter.com/HvkjRBIYju

In Muvhango, Sindi was given the role of Nomthandazo “Thandaza” Buthelezi. Being the veteran actress that she is, her role on Muvhango grew over the years from a minor character to one of the main characters on the soapie. Her role in the play has also helped her build her fame.

Her decision to leave Muvhango was not an easy one. Sindi had spent so many many years on the soapie and she had gained so much fame through it. However, she explains how she knew it was time to move on from Muvhango.

Her performances on The River have not gone unnoticed. Sindi Dlathu plays Lindiwe Dikana, a diamond mining magnate who is in the possession of a diamond found in Cullinan. The diamond is apparently worth millions of Rands. Lindiwe is smart, a woman who thinks on her feet and will go to any lengths to defend herself and her family.

When we watched The River’s first season, we were immediately drawn to the show. Sindi caught our attention as Lindiwe when she tried to bury Tumi (who is her biological daughter on the show, but she didn’t know at that time) alive.

Tjoo, See how Lindiwe will do anything to get rid of anyone that wants to get in her way.

Fast forward to her latest performance on season 3, she and her daughter Mbali Dikana set Twitter ablaze with their Oscar-worthy performances.

Eish, but this woman has got so much blood on her hands.

Sometime in 2019, it came to light that a skin care company was using Sindi’s name to advertise their brand. Yes, the actress surely has got beautiful skin and although she had branched into the skincare beauty industry she was aggravated by the company that was using her name to make money.

In an attempt to clear her name, the actress had this to say;

At one point, Sindi Dlathu was said to be suffering from HIV. These speculations came after she played the role of an HIV positive patient in Soul City, a TV drama series. But Sindi assured her fans that she is negative and is healthy.

Sindi Dlathu has always had a love for acting from a young age and she’s done nothing, but work hard to get to where she is today. We hope to keep seeing more from this talented actress.