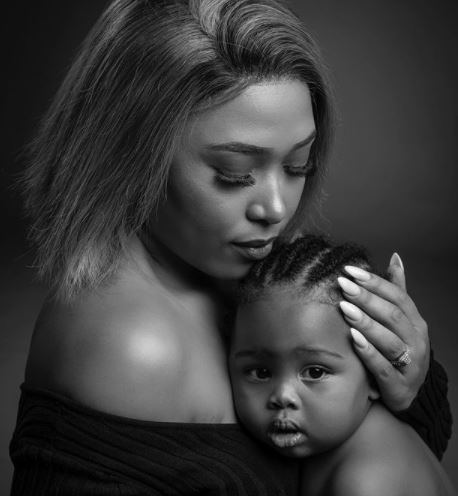 Simz Ngema is excited that baby Tiyani has gotten his first hair cut.

The star’s son recently celebrated his first birthday as he is now a grown baby.

Simz took to her social media to share an adorable video of baby Tiyani as he gets his first cute hair cut.

She said she was a little nervous but she is excited it came out really good.