Actress and singer Simphiwe Ngema is finding it hard to let go of the memory of her late husband Dumi Masilela. The Rhythm City actor died after he was shot during an attempted hijacking in 2017.

Before he died Dumi had plans to release some of the music he was working on, including a touching song written for his wife, Simz.

Though she attested in the past that she was healing and letting go of her husband’s memory, Simz slipped back to the wonderful times she shared with Dumi.

She shared on Instagram a video of Dumi singing a sweet harmonious song.

“Boongs. All you ever wanted to do is music, didn’t even matter where we were.

“This was at some house in the hood, don’t even remember who’s house it was, I just wanted to hear you sing.”

All you ever wanted to do is music, didn’t even matter where we were. This was at some house in the hood, don’t even remember who’s house it was, I just wanted to hear you sing.

Simz also shared a picture of her with Dumi, alongside the caption: “My world just ended again. I miss you.” 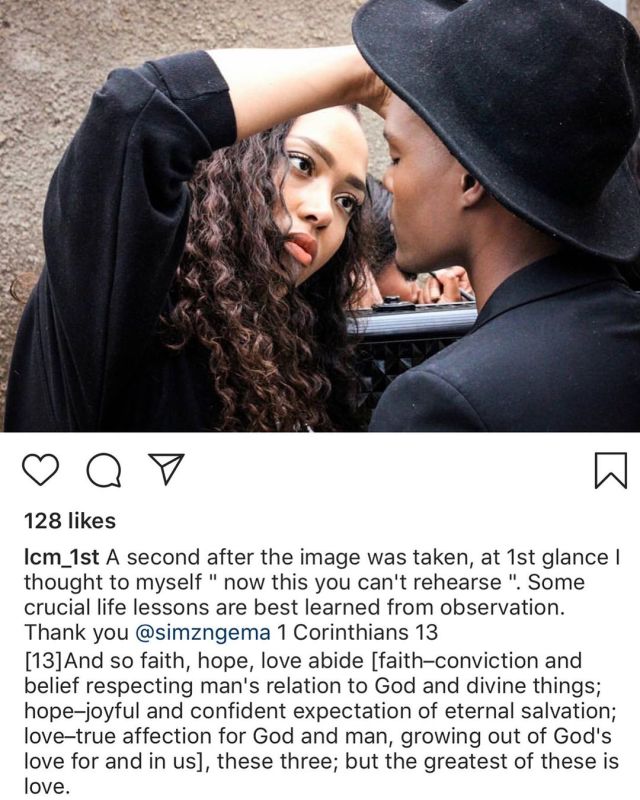 Before his passing, Dumi was said to be recording a number of songs with Thumaka Music.

The label’s co-owner Thuso “Jovislash” Mamorare told TshisaLIVE in 2018 that Dumi had left behind a number of songs.

He said the label had plans to release a song that was described as a love song.

“He wrote it for Simz. It is basically a love song that he wrote for his wife, obviously written from his perspective. We are still finalizing some things and don’t want to take away from the commemorations or anything so we don’t want to reveal too much.”

Thuso added that Dumi was dedicated to his music but always put his wife first.