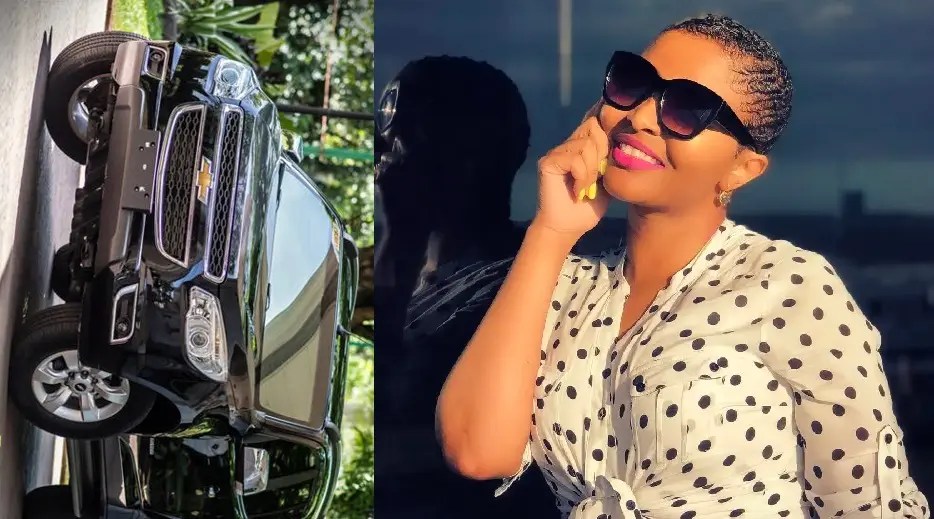 AWARD-WINNING musician Simphiwe Dana is relieved that her car was found shortly after it went missing.

On Friday, she revealed that she took her car to a panel beater, but it later got stolen by one of the employees at the establishment.

“My car just got stolen about three hours ago at a panel beater’s by one of the employees.”

She went on to social media to ask people to be on the lookout for it, but later revealed that it had been found.

“Good news; my car has been found. The tracker miraculously started working after it seemed to have been disabled. Now going to figure out what really happened,” she shared.

However, one of her fans accused Simphiwe of lying, saying she was using this as a tactic to promote her upcoming show, that will take place next week.

Simphiwe responded with screenshots of her conversations with the panel beater’s owner as proof.

She then took the time to show gratitude to those who had spread the word, adding that had it not been for social media, she probably would not have found her car.

“I believe it was the power of social media that scared the thieves into abandoning my car. When their names and faces were everywhere, maybe they freaked out. So, thank you for spreading the word. Nangamso.”

Good news! My car has been found. The tracker miraculously started working after it seemed it was disabled. Now to figure out what really happened. Intriguing https://t.co/ezrwWHbCtm