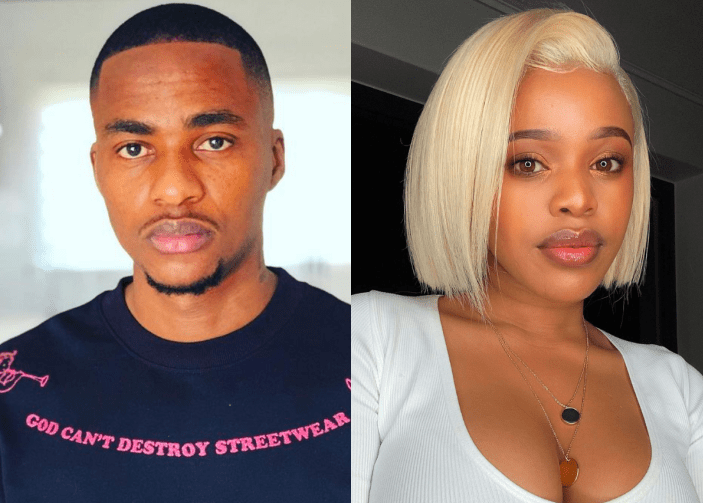 Social Media users have had a lot to say after rumours that Orlando Pirates and Bafana Bafana striker, Thembinkosi Lorch is allegedly cheating on Blood and Water actress Natasha Thahane.

According to controversial and under-fire social media entertainment commentator, Musa Khawula, the soccer player is cheating on Thahane, who recently gave birth to their first child.

Khawula reports that the “other” woman in Lorch’s life is YouTuber and actress, Thandi Make.

As per a local publication, Make bagged an acting gig in a drama series on SABC 1 called Judas Kiss. On the show, she played a gold-digging character called Beth. Before then, she was a part of MTV’s top 10 VJ Search and also appeared on Moja Love’s Bheka Sikubambile.

Lorch and Thahane made headlines in June 2021 when Twitter FBIs spotted them on baecation in Zanzibar. Soon after, they became one of Mzansi’s favourite couples.

While Lorch denied the relationship at first, it later became clear that their love was growing strong when the footballer scored a sweet birthday message from the former Skeem Saam and The Queen actress in July.

In March 2022, Thahane broke the internet when she announced her pregnancy in an Instagram post on a Monday morning.

While the pair no longer share posts of each other, which led to some fans assuming there might be trouble in paradise, many others still attribute Lorch’s poor performance on the field of play to the actress.

Now, Thahane is a proud new mom and although still private, fans are convinced that Lorch is her baby daddy.

Rumours that Lorch is allegedly cheating did not seem to shock a lot of tweeps. Because he is a soccer player, many already expect him to be unfaithful as cheating is synonymous with football stars.

Player on and off the field. https://t.co/HP3t2kvmNs

He's a footballer so https://t.co/AdMkQtiSBx

Dribbles is always a dribbler😭 https://t.co/CSFF3gqGqh