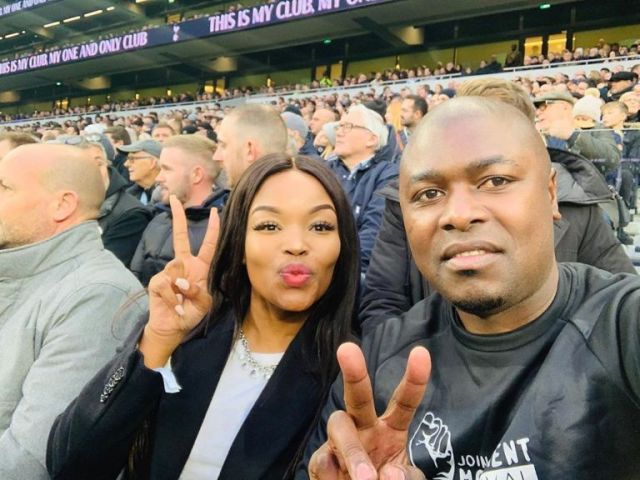 Mabena was present for three cases that her enstranged husband Robert Ngwenya filed against her.

The cases of theft and malicious damage to property were thrown out, while the case of assault is pending.

Mabena’s lawyer Joshua Shapiro confirmed to the SunTeam that Mabena was in court and that the two cases were indeed thrown out.

“I can confirm that Zinhle was in court today and there were three cases. Two of the cases were nolle prosequi. The prosecutor dismissed those cases,” he said.

“The other matter, we’re waiting for the police and the prosecution to provide us with the contents of the docket in order to look at the matter. But at this stage, we can’t say much on that matter,” said Shapiro.

Robert’s lawyer, Shani Van Niekerk said: “My client wasn’t present at court today for the criminal matters. There were three criminal matters against Miss Mabena, two of them were withdrawn, the reasons, I do not know. The biggest and most important one is the assault with the intent to cause bodily harm to my client. That matter is proceeding and they’re investigating the charges. The matter is postponed for the investigations to be done. We don’t know the date yet.”